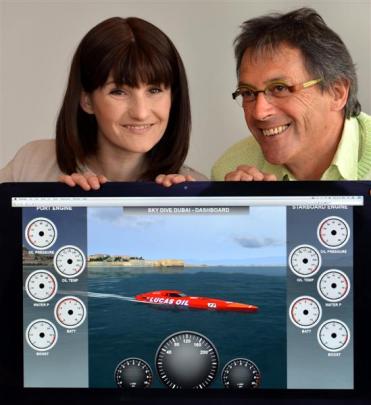 Mr Taylor, who flies to Las Vegas tomorrow to talk to an IBM conference with 20,000 participants, said Dunedin was the prime city to win the competition.

It was a finalist with Wanaka, Timaru, Nelson and Gisborne and some massive social activity, led recently by Dunedin City Council chief executive Sue Bidrose, had Dunedin pulling ahead of its opposition.

Mr Taylor said it was a pity Dunedin had to fight Wanaka and Timaru for the title of becoming the first Gigatown in Australasia but Dunedin winning would drive the biggest difference to the region and the South Island.

Being the smartest city in Australasia would bring huge benefits to the city - ''absolutely priceless'' - and would drive the high-value, highly paid jobs the city was craving.

Dunedin had floundered around looking for a sense of identity for many years and being the first Gigatown would drive a new gold rush, he said.

''We have the medical school, the University of Otago, smart businesses to make the biggest difference, not just to Dunedin but to Otago and the South Island. Being the smartest town can be expanded to all businesses.''

But Mr Taylor warned people should stop thinking that winning Gigatown would make an immediate difference to existing businesses, although they would still benefit.

It was like someone offering to build a harbour bridge.

The infrastructure was needed but it was what difference the new bridge - or fast internet - would make.

''If we are just thinking about the here and now, we will end up with another Hillside workshops, only a virtual one.''

Fifteen years ago, when people were discussing how to use the internet, no-one thought of YouTube, Facebook or Google, he said.

They were all designed by students in garages or dorm rooms at universities.

Dunedin had a wonderful university and attracting students to the city to develop their ideas with one gigabit per second of data would make a difference to all of New Zealand.

''Years ago when I was talking to the Government about the internet, I called it the Yellow Brick Road.

"When the Government asked about the business case for its involvement, I said just give the kids the Yellow Brick Road and they will amaze you,'' he said.

''I don't know what the kids will do but we need this road to allow them to do it on. This is about creating jobs for the kids still in primary school.''

Mr Taylor has this week been sending some of his presentation to the IBM conference through existing internet connections.

The ability to access 1GB would add significant advantages to his business. His speech is called ''The internet of things''.

Mr Taylor turns 65 next year and is planning to retire to Wanaka. He admitted to the Otago Daily Times it would be ideal to have the fast data at Wanaka for his retirement but he believed the best place for the Gigatown was Dunedin.

Sir Eion emailed university alumni and friends of Dunedin urging them to sign up to the competition.

''The benefits to Dunedin and the university are considerable. So for no cost, except for a minute of your time, you can help Dunedin win. Please spread the word,'' he wrote.