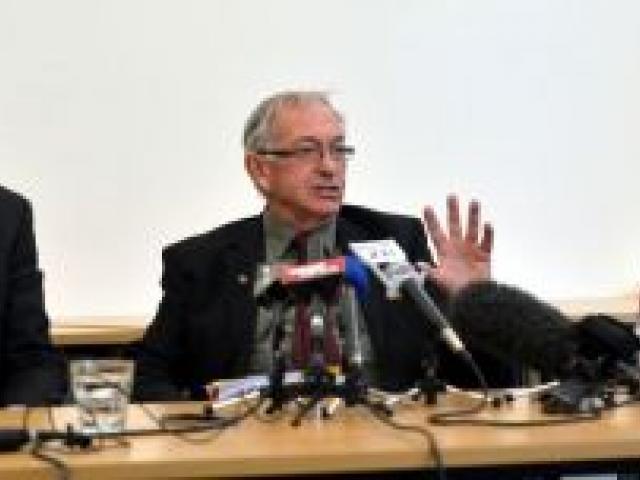 The decision prompted immediate celebrations from opponents of the project, but also disappointment from supporters, after the committee's ruling was released at a packed media conference yesterday morning.

Betterways Advisory Ltd director Steve Rodgers told media he was ''very surprised and very disappointed'' by the decision. He would not rule out an Environment Court appeal or an alternative development.

He and the hotel's backers - Jing Song, of Queenstown, and her husband Ping Cao, of China - would need all of the 15 working days allowed to decide whether to appeal or how else to proceed, Mr Rodgers said.

However, Ms Song was already overseas considering other investment opportunities, and the couple might yet decide to simply move on, Mr Rodgers warned.

That prospect worried Otago Chamber of Commerce chief executive John Christie, who said the chamber was already talking to Betterways to try to rescue the situation.

He hoped an alternative site could be identified, if any appeal was not successful, to ensure Dunedin did not lose the $100 million investment.

''The risk is they could decide to take that investment elsewhere,'' he said.

A client represented by her company had been in the running to host the event, but the city's name was now being removed from bid documents, she confirmed. She would not name the client or the event.

Dunedin Mayor Dave Cull - who had said the council would ''run out the red carpet, not red tape'' for the hotel - would not be interviewed about the decision while an appeal remained possible.

Instead, in a brief statement, he said the council wanted to encourage ''quality investment'', but ''any proposal must face the rigour and scrutiny of the resource consent process''.

''The hotel application could not pass the required thresholds and so resource consent was not granted.''

Speaking at the hotel's project's announcement in May last year, Mr Cull had said the hotel was ''not just `nice to have'.''

''Four- and five-star accommodation has been lacking in the city. It is much needed.''

Mr Christie told the Otago Daily Times yesterday the decision was ''disappointing for the developer'' and what happened next was up to Betterways.

However, the chamber was keen to work with Mr Rodgers to discuss alternative sites or options, and had already made contact, he said.

''It is a significant piece of infrastructure that many people are supportive of seeing in the city. There is no doubt a $100 million investment in the city would be an economic boost that would be welcomed.

''I would like to think we can get to a solution ... that meets all of those objectives. There possibly is a way to do that, but we will obviously need to get around the table,'' he said.

However, Dunedin heritage building owner Stephen Macknight - whose properties include Consultancy House, Queens Gardens Court and the Bing Harris, NMA and Donald Reid buildings - was among those welcoming the decision.

He said the tower would have dominated its surroundings and could have ''killed'' work to regenerate the nearby warehouse heritage precinct.

''I don't think people quite realised how big it [the hotel] was going to be.

However, he was not opposed to a five-star hotel development elsewhere in the city, and said there were ''a large number of really good sites that a hotel could go in on''.

The release of the committee's 127-page decision yesterday ended a year-long wait since plans for the 98m-high, five-star hotel and apartment complex were first unveiled in May last year.

Since then, the developers have made their case at a 10-day hearing that stretched from December to March this year, during which a procession of submitters attacked the development and - in some cases - those behind it.

A record 507 submissions were received, 457 of them opposed to the hotel as proposed. Many cited concerns about the hotel's height, appearance and the impact it would have on its surroundings, including nearby heritage buildings.

Mr Rodgers has remained confident of success throughout, and said yesterday he remained convinced the hotel was ''a very positive project for Dunedin''.

Pressed on whether a revised plan, including a new site, might be considered, Mr Rodgers would only say his clients - Ms Song and Mr Cao - ''haven't shied away from anything to this point''.

''I don't see any reason why I should think they will shy away from this point. They may, however, decide they don't wish to proceed.