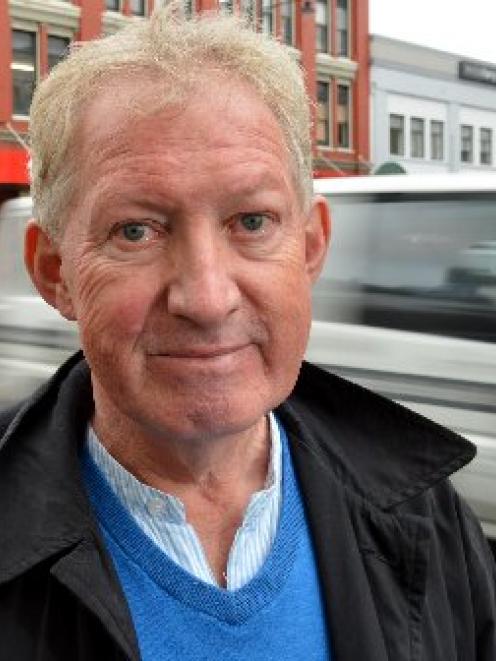 Paul Hambleton, who grew up in Dunedin, has been visiting family and friends in the city while on holiday from his home in Sweden.

He had looked at the draft transport strategy for Dunedin and said some proposed changes were in line with road safety standards overseas.

''The way they [engineers] are going about it is quite good. They're on the right track.''

Proposed changes included having a cycle lane on the right side of Dunedin's one-way system, as opposed to the left.

Mr Hambleton said it would also be better for traffic and cycle lanes to be separated by parking where possible.

He suggested the left side footpath along Dunedin's one-way system could be a full pedestrian path, and the right side could be made into a cycle lane with some pedestrian access.

In general the city, like most in New Zealand, catered to motor vehicles and therefore inherently posed risks to pedestrians and cyclists, he said.

Mr Hambleton said there was a ''lot more'' which could be done to optimise Dunedin's roads and make it a smart city.

''For instance, having a one-way system go straight through the university at 50kmh with logging trucks is one area with room for improvement.

"You could reduce traffic speeds there by changing the phasing of the lights so platoons of vehicles went through at 30kmh without being stopped.''

Mr Hambleton said New Zealand was a signatory to the United Nations Decade of Action for Road Safety 2011-20, which aimed to halve the number of pedestrians killed on roads worldwide.

But improvements within New Zealand were not being made fast enough, he said.

''Pedestrian safety is very poor in New Zealand, particularly in cities, and the reason for that is New Zealand hasn't adopted the concept of calm zones.

"Retailers are afraid they'll lose business by having pedestrian malls, but the inner city is actually a pedestrian zone.''