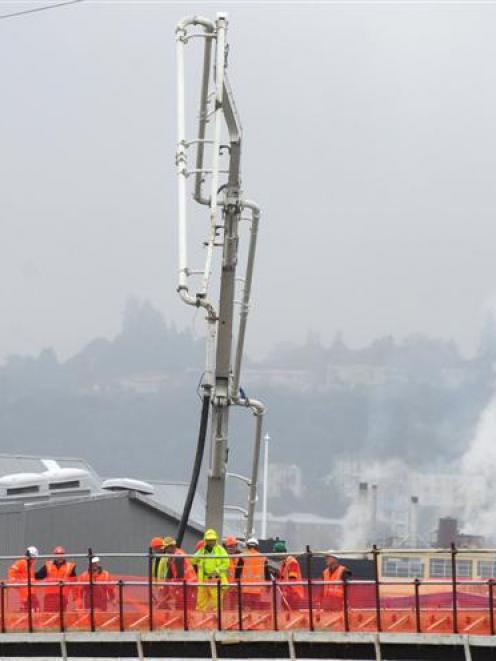 Contractors pour concrete for a new $2.2 million bridge across the Water of Leith for the realignment of State Highway 88 near Forsyth Barr Stadium. Photo by Craig Baxter.
Completion of a $2.2 million bridge over the Water of Leith for the future realignment of State Highway 88 behind Forsyth Barr Stadium has moved a step closer.

Contractors from Hawkins Infrastructure poured about 170cu m of concrete at the 58m long bridge, yesterday.

Work on the bridge started in February last year, when foundation piles were constructed in the bed of the Leith, Mr Matheson said.

Anzac Ave and the bridge there would be re-designated as a "local road" once the realignment of SH88 was completed, he said. 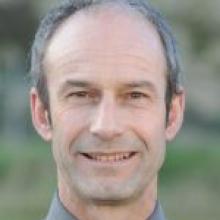 Evan Matheson
The redesignated section of Anzac Ave would have changes made to it to accommodate the University of Otago's plaza development, which was under construction.

"It will remain open as a local road, but will have more of a pedestrian focus," Mr Matheson said.

The SH88 bridge was expected to be fully completed for the opening of the road realignment by the end of next month, he said.

Some "complications" had arisen for head contractor Hawkins Construction as a result of sub-contracted firm Steve Rout Contracting being placed into receivership this week, but alternative arrangements were now in place.

The Queenstown-based contractor was placed into receivership by BDO Christchurch on Tuesday.