Police warning after drivers come to grief in wet 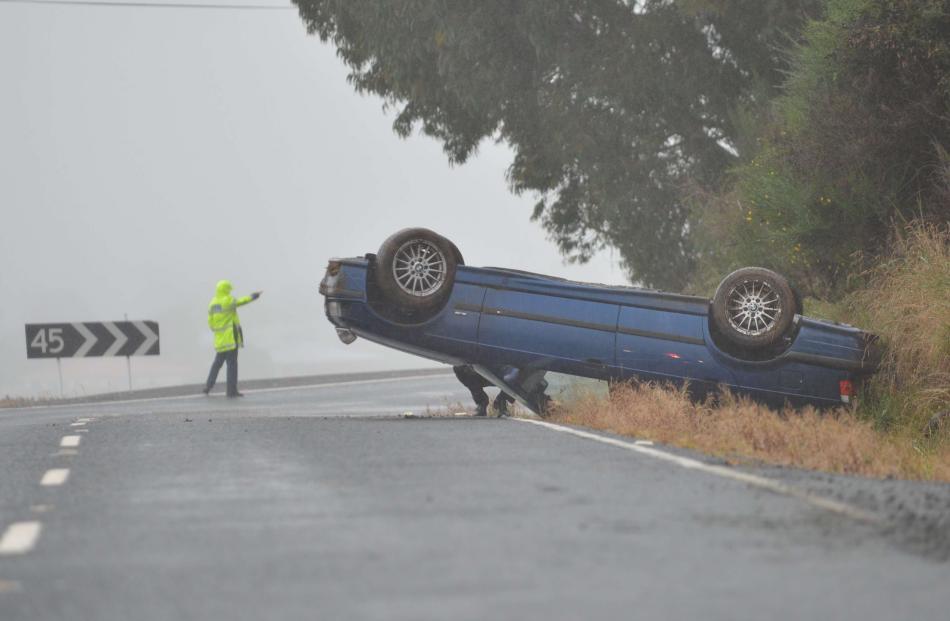 A car rolled in Dalziel Rd, near Three Mile Hill Rd, about 5.45pm on Saturday. 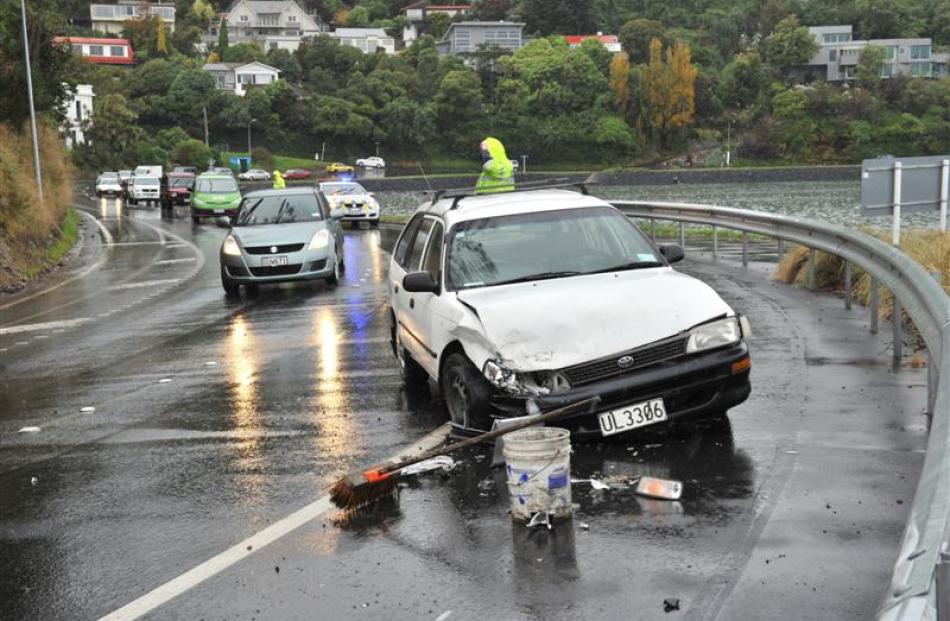 A Toyota Corolla station wagon and Nissan Bluebird crashed in Portobello Rd, near Doon St, about 10am on Saturday. 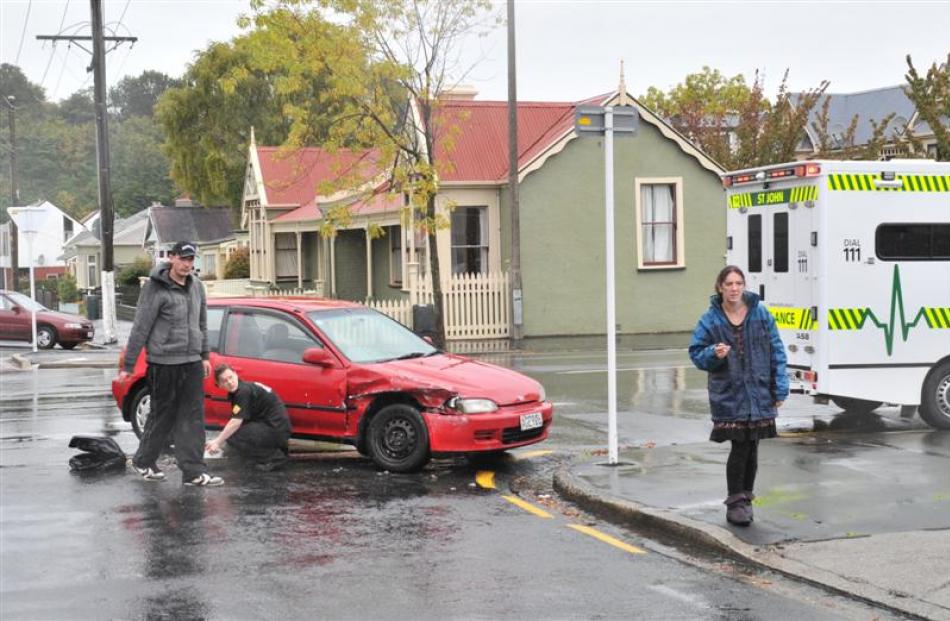 A Honda hatchback and a Holden Commodore crashed at the intersection of Cumberland St north and Howe St at 11.30am on Saturday. 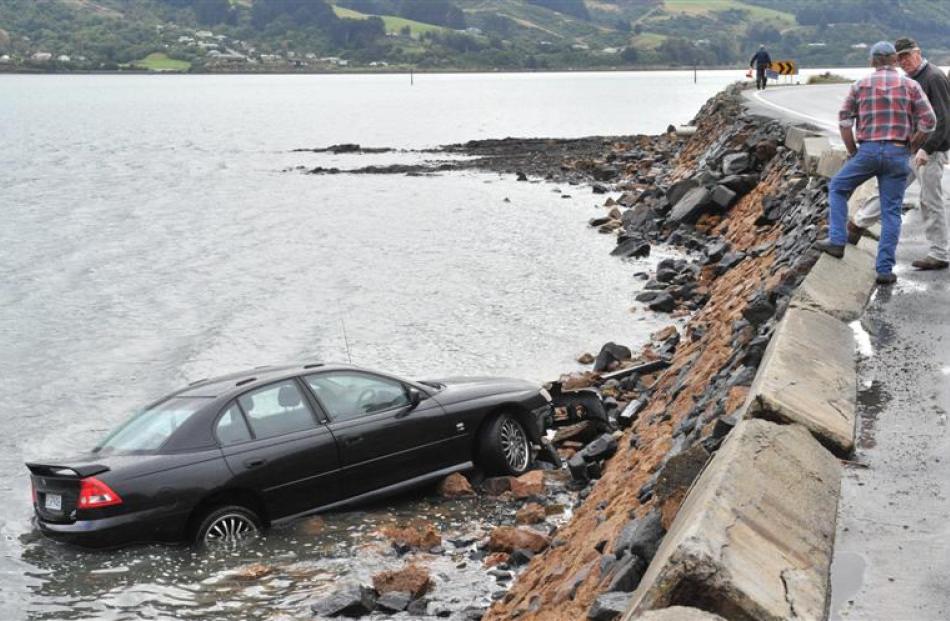 A Holden Commodore ended up in Otago Harbour at Company Bay, near Raynbird Rd, about 1pm on Saturday.

Police have issued a warning after Dunedin drivers came to grief on wet roads at the weekend.

And police warned that, with autumn well under way and the ensuing approach of winter, driving conditions - including the available light, visibility and road surfaces - could change rapidly.

Such conditions could change ''from nice to pretty average'' at any stage throughout the day.

Drivers needed to be ''very wary of the road conditions'' and also to be alert to ''any changes'', police said.

In addition to the accidents on Saturday pictured above, a Toyota collided with the back right-hand side of a bus that was stopped in South Rd letting off passengers.

A St John spokesman said a man in the Toyota was transported to Dunedin Hospital with minor injuries.

No-one was hurt when a driver, in his late 30s, was affected by a ''medical issue'' and his car collided with two parked cars in Thoreau St, Concord, in Dunedin, at 11.12am yesterday, police said.