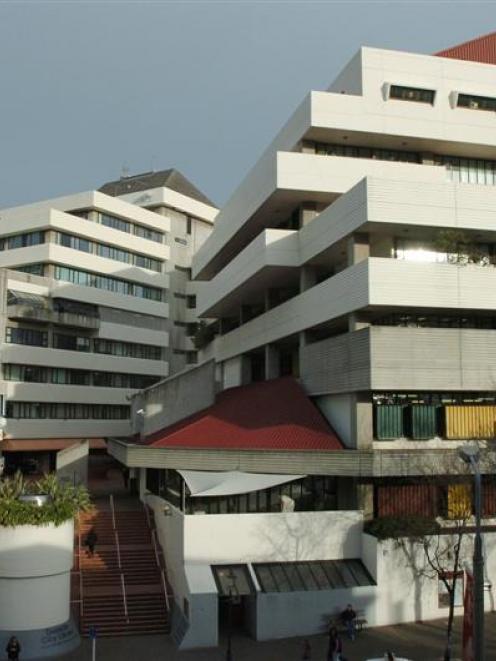 Meanwhile, the company in charge of the Forsyth Barr Stadium is seeking funding of $2.4 million to begin work.

The funds sought by Dunedin Venues Management Ltd (DVML), the company set up to run the stadium and other Dunedin venues, are well above the $600,000 set aside for it in the Dunedin City Council's annual plan.

The council will on Monday be faced with some difficult choices as it works to curb this year's rates rise, but those choices are limited by spending decisions already made, as well as by the public outrage some decisions would generate.

Council staff have argued strongly in reports to Monday's meeting, a reconvened meeting to discuss the 2010-11 annual plan, that the budget cuts suggested would be difficult to achieve.

In response to the suggestion the Tahuna outfall could be delayed until 2012, city environment general manager Tony Avery said the cost of even so short a delay would be an extra $3 million.

Mayor Peter Chin stressed yesterday the reports were for information-gathering purposes only, and it was quite possible the council would not go ahead with the cuts.

His initial view on the Tahuna outfall was that it was a project with deadlines, and those needed to be met.

The outcome of cuts and delays are laid out in a series of reports from staff, commissioned to find ways the council could lower its proposed rates increase, which now sits at 7.3%.

Community life general manager Graeme Hall said in a report on the proposed library budget cut that any reduction would "almost certainly result in a reduction of service levels".

Achieving the cut would require reducing security services; cutting two full-time-equivalent staff positions; a 10% reduction in the book and magazine budget; and limiting opening hours to 10am to 6pm.

Mr Avery recommended the council not defer stage two of its upgrade of the Tahuna wastewater treatment plant.

The city council had Otago Regional Council consent for the work and while it was possible to apply for a delay, that would cost $250,000.

A short-term delay would mean $2.2 million in increased construction costs as a result of inflation; $550,000 in additional expenses on top of the cost of the resource consent delay; and "adverse public reaction".

A report from Mr Hall on delaying upgrades of the Otago Settlers Museum, the Regent Theatre and the Dunedin Town Hall and Dunedin Centre identified problems with the idea, including that it would put government funding at risk and necessitate higher rates increases in the future.

The DVML report, from finance and corporate support general manager Athol Stephens, said the $2.4 million for the stadium would comprise the $600,000 already earmarked in the council's budget; $850,000 transferred from the Carisbrook Stadium Trust's budget; an unbudgeted subvention receipt from the sale of council tax losses from Aurora Energy; and a special one-off Dunedin City Holdings Ltd dividend.