Schools to have a say in merger process 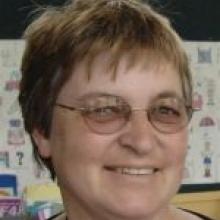 Glenda Jack
The usual process for deciding who oversees school mergers has been set aside and Education Minister Anne Tolley will allow South Dunedin schools to have a say in how a potential merger will proceed.

Many parents and board of trustees members at Caversham, College Street and Calton Hill schools have raised concerns about the process of creating a new board of trustees in the event of a merger, and who would get authority to hire new staff.

A Ministry of Education document provided by Mrs Tolley shows, when two or more schools merge, the usual protocol is each board runs its own school until the date the merger takes effect.

At that point, the board of the continuing school remains open and the other boards cease.

Authority to make decisions on the merger is vested in the continuing board. It must co-opt at least one member from each of the other boards within 28 days of the merger being gazetted, and must hold an election within three months of the merger date.

This board is also responsible for appointing a principal. This position is advertised throughout New Zealand. Principals of existing schools, along with others in New Zealand, are able to apply for the position.

All teaching staff of both schools have a right to apply for the newly defined positions.

However, Caversham board chairman Martin Baldwin and Calton Hill board spokeswoman Glenda Jack expressed concerns about the process.

Mrs Jack, who is principal of Calton Hill School, said, once one of the boards was appointed to oversee the merger, they would have the power to select their own school's principal for the new school.

From there, they could hire their own teachers and fill the extra teaching spaces with teachers from the other two schools.

"It's a conflict of interest to have one board choosing the new principal."

It was a concern which had been raised at all three schools since Mrs Tolley last week announced consultation had begun on the restructuring of six South Dunedin schools. Options for restructuring included the merging and closure of several schools in the area.

Mrs Jack believed a fairer way to establish a new board would be to take an equal number of people from each of the three boards, and have an independent member on the board to cast any deciding votes in the event of a voting tie.

"I have to admit, I'm scared about not keeping my job, and I'm very worried about my staff.

"I've spent a lot of time thinking about how I can keep their jobs safe."

College Street School board chairwoman Alison Black declined to comment on the process.

"It's too early to comment on that yet," she said.

"We're busy consulting with our community to see what other options they prefer."

However, Mrs Tolley said everything, including the way boards and staff were selected, was "on the table" for consultation, and she welcomed the views of school communities about how they would like to see any potential merger resolved.

She invited schools and community members to make submissions on the issue along with their preferred options for the restructuring of schools in South Dunedin.