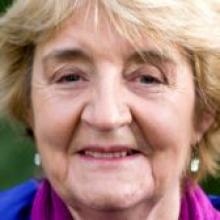 South Dunedin was particularly at risk due to its low-lying nature and its geographic history as marshland.

Dr Wright said a 30cm rise was the minimum expected over the next 50 years.

Much of South Dunedin was 50cm above sea level or less.

The area's main protection from coastal flooding was the sand dunes, which stretched from St Clair to Lawyers Head.

The dunes also protected South Dunedin, as it prevented the underlying high water table and the sea from connecting, she said.

However, high groundwater levels caused surface ponding, damage to infrastructure and raised the risk of liquefaction during earthquakes.

‘‘The most troubling example of this in New Zealand, at least in the short term, is South Dunedin,'' she said.

‘‘As the sea rises, that groundwater will rise higher and higher over time.''

Last June's flood was an example of what was to come.

‘‘This flooding from underneath will become more and more of an issue.''

However, the warming of the oceans presented the greatest risk of flooding.

‘‘For every one degree [Celsius rise in ocean temperature], there is 7% more water held in the atmosphere,'' she said.

‘‘When we get a heavy shower, it's going to be heavier and possibly rain more.''

‘‘If you have a beach that is already eroding, you can be pretty confident that it will erode much faster.''

While the problems were obvious, as were the issues they would cause, solutions were more difficult.

Developing such plans in New Zealand was ‘‘not a bad idea''.

While plans were already in place, more thought was needed on how New Zealand coped with rising sea levels.

Plans needed to be developed to mitigate climate change and adapt to its effects. Mitigation should be the responsibility of central government and adaptation the role of local government and those ‘‘waters should not be muddied''.

‘‘We are certain that the sea is rising and will continue to do so for centuries,'' she said.

‘‘If we stop emitting greenhouse gases today, it will continue to rise for years to come.''