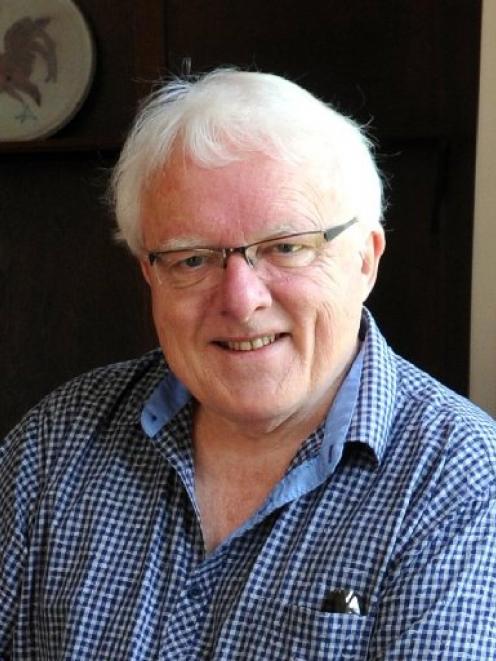 Trevor James
The attendance of the Duke and Duchess of Cambridge has attracted a full house for this year's Palm Sunday service at St Paul's Cathedral in Dunedin.

Their appearance is also set to pull one of the year's larger crowds for a Forsyth Barr Stadium event later in the morning.

A church spokesman said ''hundreds'' had been turned away from Sunday's Palm Sunday Service at St Paul's Cathedral in the Octagon, which the Royals will be attending, after many more people were interested than seats available.

A full congregation of about 470, including pupils from St Hilda's Collegiate School and representatives from the University of Otago and Selwyn College, has been selected for the service.

The Dean of the Cathedral, the Very Rev Dr Trevor James, said the church had made every effort to ensure, with the seating available, that a wide cross-section of the city was able to attend the service.

Representatives of the city would attend, as would the regular cathedral congregation and some of the hundreds of members of the public who responded to a public invitation to attend the service.

Palm Sunday marks Christ's entry into Jerusalem at the beginning of holy week.

The service is scheduled to begin at 10am, after the Royal couple arrive in Dunedin at 9.25am.

At the same time as the lucky church-goers will be pulling on their Sunday best, several hundred other locals will be warming up for a Rippa rugby tournament at Forsyth Barr Stadium, expected to be watched by more than 8000 people.

The Royal couple are expected to join the fun from about 11.45am until they depart for their early afternoon flight to Queenstown.

Organisers are urging people to get to Forsyth Barr Stadium early and be seated by 11am. Rippa rugby and entertainment will run from 10am until about 1pm, as will the usual Sunday market.

Dunedin Venues marketing and communications manager Kim Barnes said more than 8000 seats in the Speight's stand had already been taken for the event, so the Mitre 10 stand would also be used.

The free tickets were no longer available online, but could be picked up from the box office at the stadium until 5pm today.

However, people without a ticket need not fear. Anyone who did not manage to secure any tickets before Sunday could still attend the event.

They would be seated in the Mitre 10 stand and could enter the stadium through Gate C on the day.

Ms Barnes said Dunedin Venues was thrilled with the response.

Dunedin Mayor Dave Cull yesterday also issued a formal welcome to the Royal couple, and said the city was thrilled they were coming and proud to carry on a long tradition of hosting Royal visits.

''We are sure Their Royal Highnesses will take some special memories of Dunedin with them when they depart for Queenstown on Sunday afternoon.''