Ratepayers could be asked to reach into their pockets again, or the city's bars and restaurants could be slapped with a new targeted rate, as the Dunedin City Council grapples with a $3.2 million loss from Forsyth Barr Stadium. 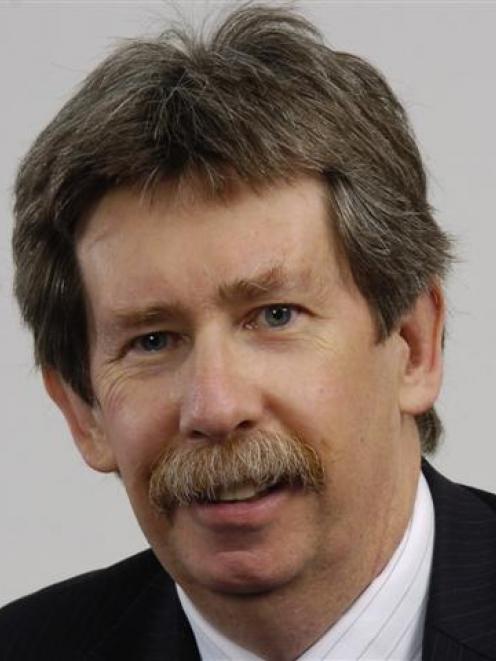 Richard Thomson
The suggestions came from Dunedin city councillors who expressed disappointment and worry - mixed with some bullish optimism - while yesterday digesting news of the result.

Cr Richard Thomson told the Otago Daily Times the result, while worse than expected, was not a surprise for those councillors concerned about the project.

He believed it would be "very difficult" for Dunedin Venues Management Ltd to cover its costs and also pay nearly $4 million in rent, and it was "almost inevitable" rates would rise as a result.

"I think it could easily add a couple of million dollars a year to rates, and I may be being optimistic in that regard," he said.

That could result in about 2% added to rates next year, at a time the council was hoping to meet a self-imposed goal limiting the rates rise for 2013-14 to 4%.

Dunedin Mayor Dave Cull confirmed a rates rise could be an option unless the situation improved.

"Clearly, if a council-owned operation continues to haemorrhage and cost, ultimately, it will have an effect on rates."

Deputy mayor Chris Staynes agreed, although he hoped it would be "a last resort".

"We will have to find the shortfall from somewhere, and the last port of call is rates," he said.

DVML's result was "a bit disappointing", but not a surprise, and the council needed an events fund to lure more events to the city's stadium, he said.

To pay for that, he believed the council should consider increasing the city's economic development targeted rate - or applying a new one - to boost revenue from the city's hospitality sector.

The extra money raised could pay for the fund, which would help DVML but also the city's bars, restaurants and accommodation providers, which gained the most from each big event, he said.

Cr Staynes planned to raise the idea during the stadium review and at next year's annual plan, but consultation with businesses would also be needed ahead of any decision.

He hoped there would be a "willingness" throughout the sector to support the idea because of the potential benefits of an events fund.

"If we are doing that then I think [the funding] should predominantly come from the commercial operators who benefit from those events being on in the town."Asked if it could be forced on businesses if there was opposition, Cr Staynes said it would ultimately be up to councillors to decide.

"We do have the ability to set a rate. I personally think we need to see some commitment from that sector for that type of activity, because they get the direct benefit."

Mr Cull confirmed Cr Staynes' suggestion was "a live one" and would be considered as part of the stadium review, but he would need more information before supporting it.

Council chief executive Paul Orders said he was part-way through a "bruising" budget review process, ahead of next year's annual plan, and intended to stay within budget parameters set by councillors earlier this year. That included the 4% rates cap, the extra $750,000 a year in funding to cover DVML's shortfall, approved earlier this year, and the need to find additional "head room" within the council budget, if possible.

"I have not come to the conclusion any additional resources are required." However, work was continuing and policy options were for councillors to decide, meaning that position could change.

"Those options need to be explored."

While other councillors contacted yesterday expressed concern at DVML's result, Cr Bill Acklin was almost alone in backing the company.

He said it was "early days" for DVML, which would receive a revenue boost when the town hall reopened early next year.

"It's only been one year. It's a hell of a business to take on and to iron out whatever problems there are, and to come out with a rosy profit at the other end.

"I think there's improvement available, and to expect it to be done in the first year I think is probably a bit much."

Cr Lee Vandervis said he had expected the results to be bad, but the extent of the loss showed "things are absolutely dire", while Cr Syd Brown stressed the company was in start-up mode, but lessons would be learned for the next year.

"I would have hoped for a better result in the first year."

Cr Neil Collins hoped the stadium review would identify changes that helped after a "tough year", while Cr Paul Hudson said the challenge was now to improve the position.

Cr Andrew Noone said the results were "obviously worse" than expected, but believed the city needed to be "patient" after a disrupted first year of operation.

Cr Kate Wilson said she was "disappointed" and "frustrated" by the result, and expected service levels could yet face cuts as a result.

Cr Jinty MacTavish said the result was no different than most of the city's residents had predicted when the stadium was first mooted.

"It's disappointing, but not a surprise," she said.