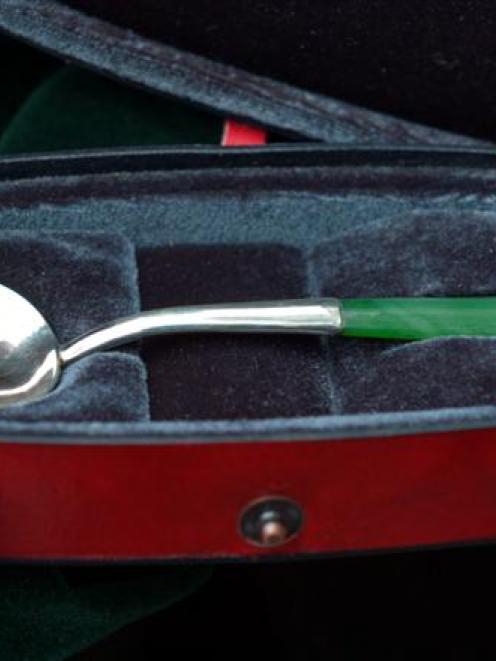 Fascinators, hats, elegant dresses and suits made for a well-dressed congregation of 470 people to match the formal attire of the duke and duchess.

''It was lovely to see such a spirited response to the Royal couple. It was great fun,'' cathedral Dean the Very Rev Dr Trevor James said.

In what has been described as an ''inspiring service'', Dr James used the story of Dunedin poet James K. Baxter's call to follow Christ to illustrate the message of Palm Sunday.

''The Baxter connection grounded what we did this morning in Dunedin. It was good to be able to use that.''

The service was held out of the media spotlight at the request of the Royals.

St Hilda's pupil Emma Cunningham (14) said she was honoured, but very nervous, to present the palm cross to the Royal couple.

Harriet said the occasion was overwhelming, but it was very special to be able to do the reading. Dr James found the Royal couple to be ''very real people''.

''They were quite unassuming and appreciative of the service.''

Fred Daniel, representing the RSA and Montecillo Veterans' Rest Home at the service, said he was amazed at how close people were able to get to the couple.

''It was an extraordinary experience. People going up for communion got right up beside the duke.''

The service provided some wonderful memories, which would stay with the congregation, he said.

Fay Frazer, of Dunedin, who was in the congregation, said it was a lovely service and the Royals appeared very friendly. People could just about reach out and touch them from their seat.

''It's not very often royalty attends a church service so it was very nice indeed. Her hat was lovely.''

On behalf of the St Paul's Cathedral community, he also presented them with a silver spoon with a pounamu handle created by Dunedin goldsmith Tony Williams.