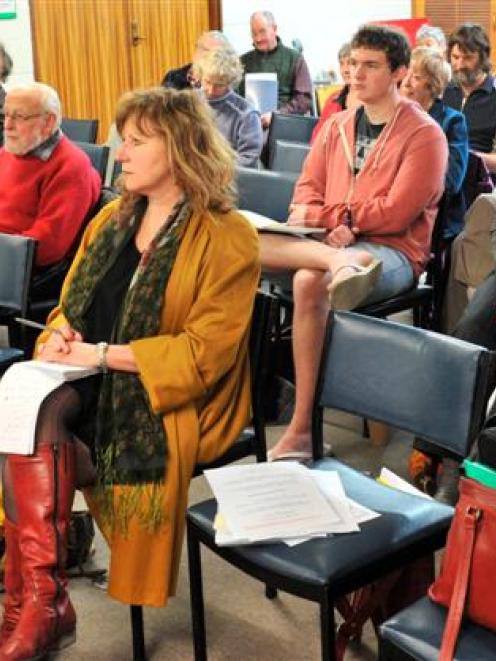 As well as outlining some of the challenges New Zealand faced in the areas of transport, water quality and energy, Ms Street outlined how she believed an environment minister should operate.

She believed helping the nation move to less dependency on fossil fuels ought to be a priority.

''Nothing is more pressing than climate change; we need to elevate our priorities and address the challenge.''

University of Otago Centre for Sustainability director Janet Stephenson said it was ''refreshing'' to see the issue of climate change back on the agenda.

''It's incredibly important we take action on climate change,'' she said.

She was one of about four people, including Dunedin city councillor Kate Wilson and Generation Zero members, to speak at the seminar.

Dr Stephenson spoke about the mindset behind New Zealanders' interaction with energy and its impacts on people's lives.

''The way we interact with it needs to change dramatically.''

It was hard to change people's behaviour, but research had shown friends and family played the most important role in influencing people to change.

''People's networks are three times more likely to influence people than the media.''

Dunedin South MP Clare Curran said information from seminars such as yesterday's would be used to help Labour form its environment policy.