Surgeon to stay in UK after delays 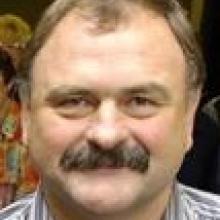 Richard Bunton
Ten months of "paperwork" delays have prompted an overseas-recruited neurosurgeon to stay in the United Kingdom as the Otago District Health Board continues to rely on locums to provide neurosurgery services.

Mr Irfan Malik had originally been expected to start at Dunedin Hospital last November, but medical registration and immigration processes had taken longer than expected.

Chief medical officer Richard Bunton said he had met Mr Malik in London about a year ago where he was working in a temporary position.

It had "taken so long to sort things out" to move to Dunedin, that Mr Malik had decided to accept a permanent job in London.

Much of the delay had come from his end, because although Mr Malik was fully qualified, he had not quite finished in the time required to get "sign off" by the British Medical Council, and he then had to go through the New Zealand medical system, Mr Bunton said.

However, when the board re-advertised for neurosurgeons they were "pleasantly surprised" to receive six applications, one of which looked promising.

If any of these overseas applicants were offered jobs at Dunedin Hospital there may not be same issues of time and registration that there had been with Mr Malik as they were all more senior specialists, he said.

The board at present had a locum neurosurgeon from Melbourne. Another United Kingdom-based locum is expected back next month.

Canterbury neurosurgery services also provide cover when needed. However, few patients had had to travel to Christchurch, Mr Bunton said.

The board's previous neurosurgeon Ms Suzanne Jackson had been covering neurosurgery services single-handedly for one year when she resigned in January.

The Otago neurosurgery service deals with about 350 patients a year, including those from waiting lists and those needing urgent attention because of trauma or illness.