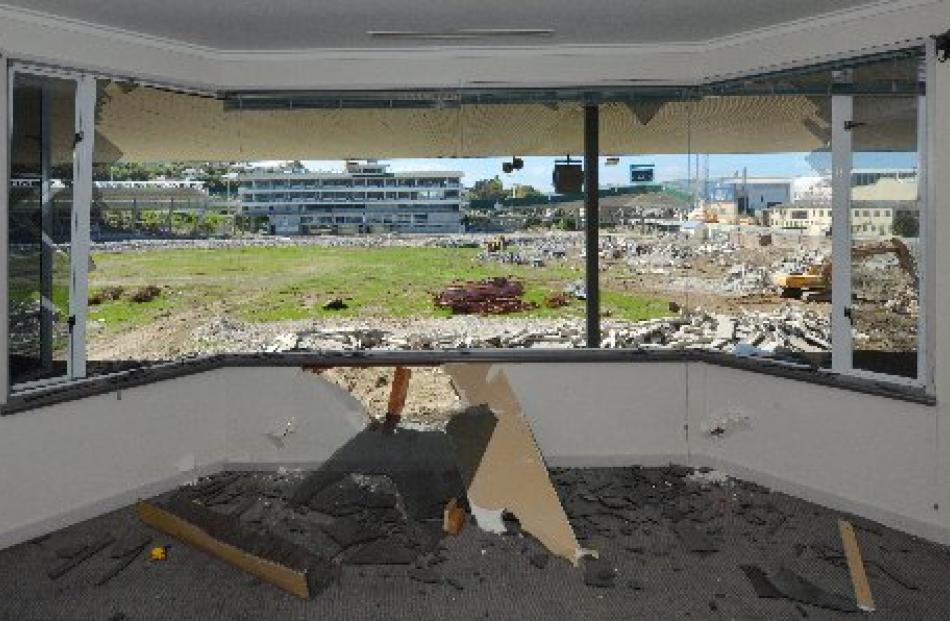 The view from the Main Stand suite 12 corporate box. 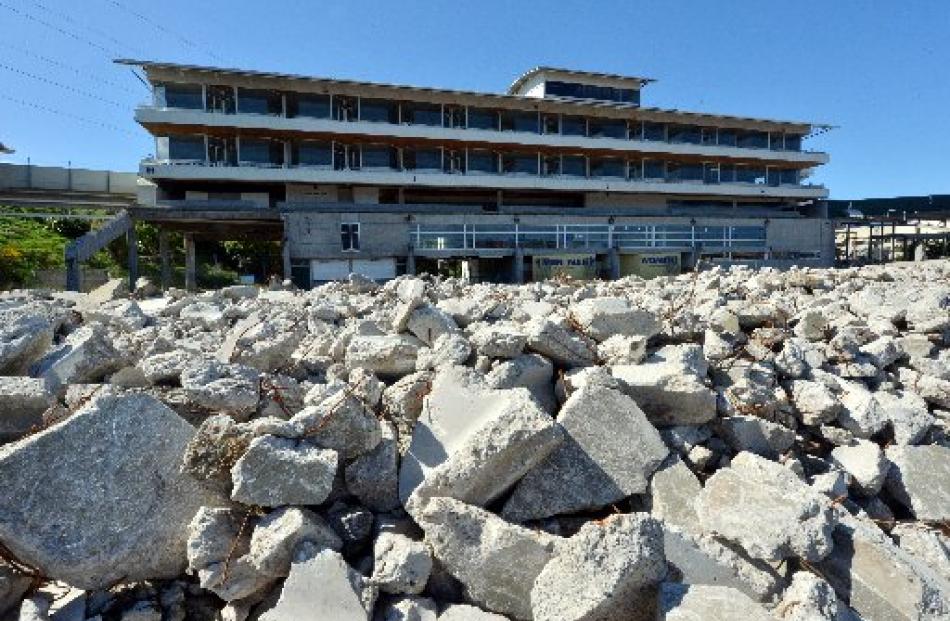 The terrace reduced to rubble. 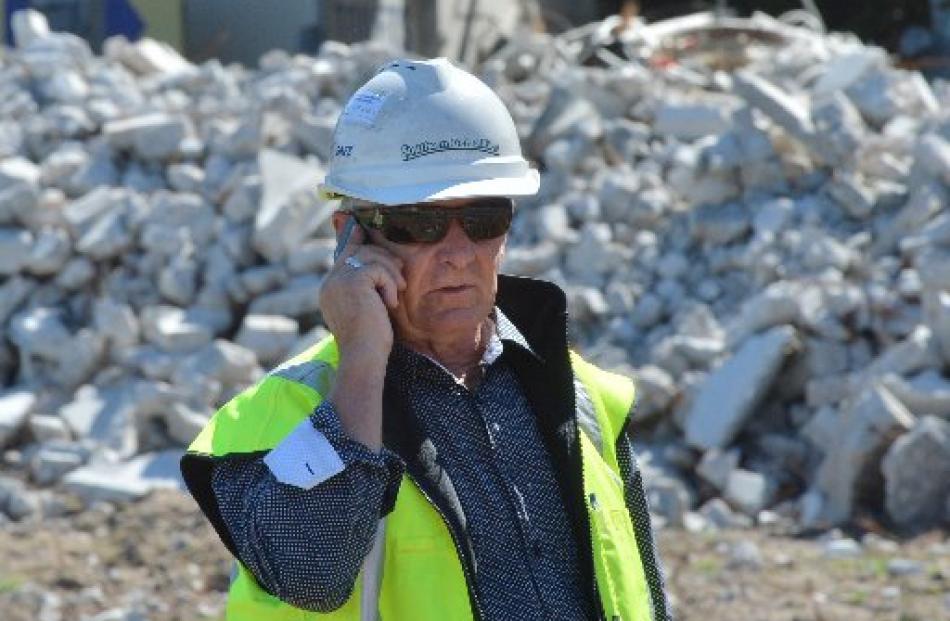 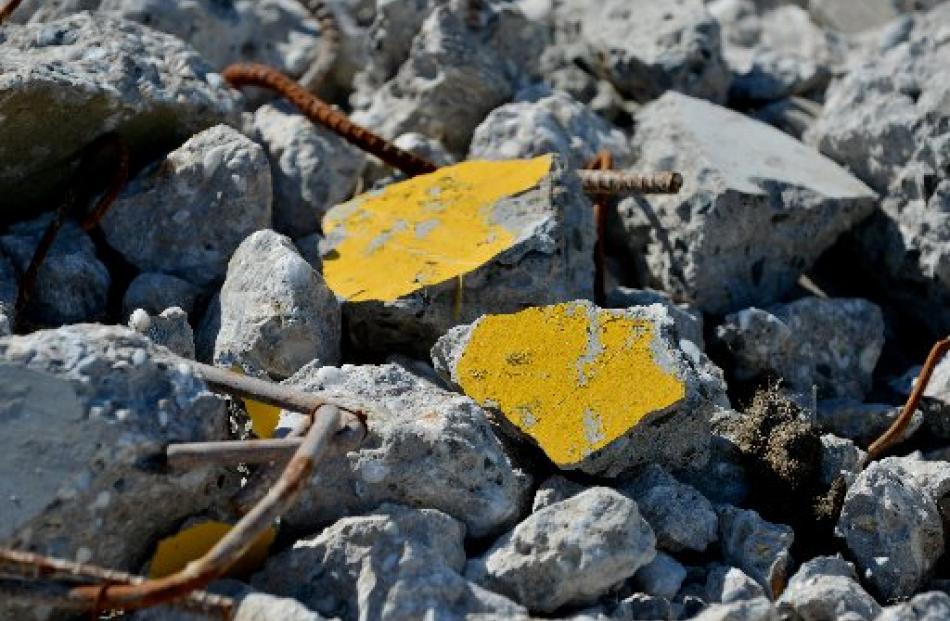 Nuggets of Otago gold in the terrace rubble. 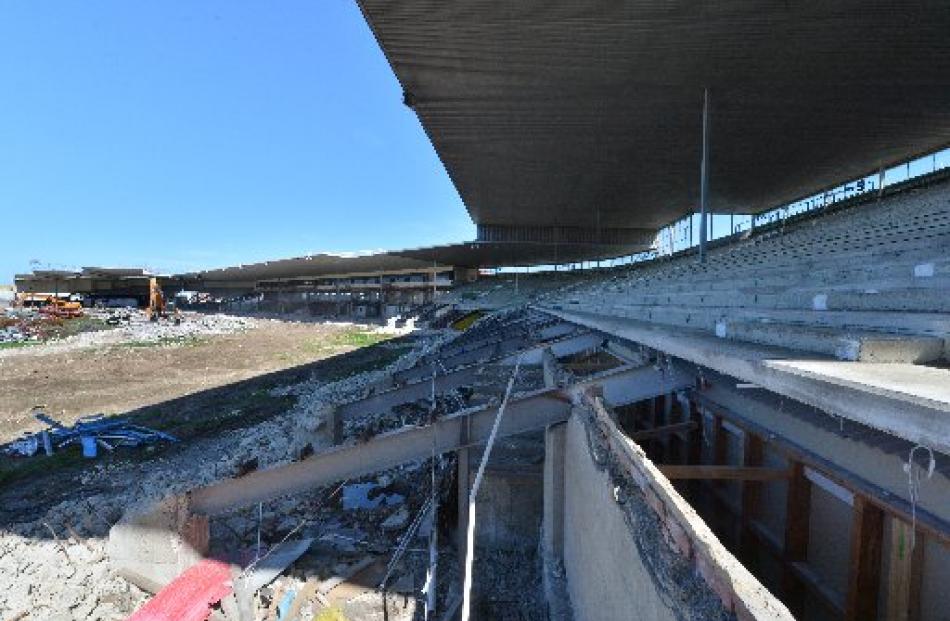 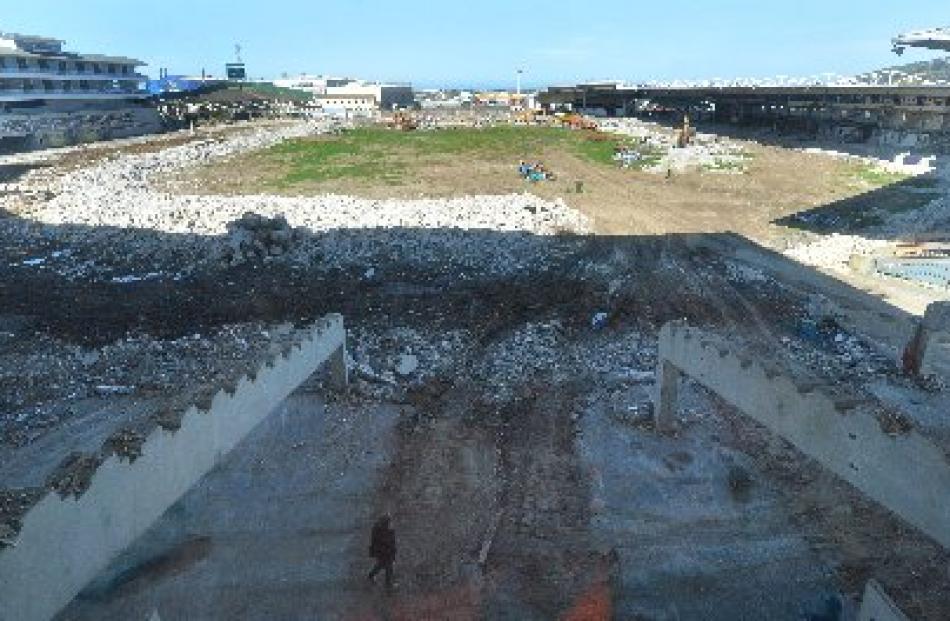 A view of Carisbrook from the Railway Stand. Photos by Gerard O'Brien.

The Carisbrook roar is now silent. But is has been replaced by the rumble of machinery and squealing steel tracks. Nigel Benson makes a final visit to the 'Brook.

The scene of a century of triumph and drama slowly being scratched into oblivion.

The Otago dressing room was in disarray.

Not an unusual sight, over the years, but yesterday it was littered with broken concrete and twisted reinforcing rod.

The Railway Stand is already a memory. The Main Stand is a shell that will join it within a few days.

Demolition started on the stadium at the end of August and was expected to be completed by the end of this month, Southern Demolition director Alan Edge, of Christchurch, said yesterday.

''It's been a very orderly operation, compared to what we've seen in some parts of Christchurch. There have been no complications at all,'' he said.

''Just about everything is going to be recycled. We'll process the steel, so we get better value for it, and send it off to the Chinese.

''The concrete will all be crushed on site and left there as aggregate.''

The Carisbrook Rotary Project has already raised more than $200,000 through the sale of the stadium seats, turf and goalposts.

The only remaining job is to find the ashes of Otago sporting greats Charlie Saxton and Bert Sutcliffe, which were interred in 2001.

''A few holes have been dug looking for them. But, we've had no luck at all,'' Mr Edge said.