Warning over future funding for museum 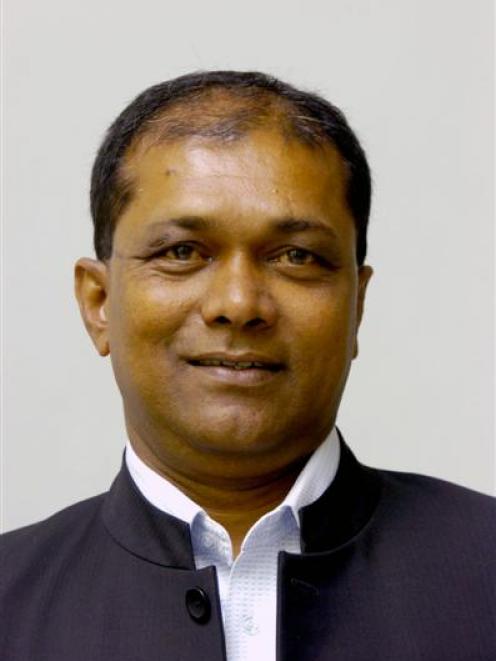 Shimrath Paul
Questions over the use of public funds at Otago Museum - and chief executive Shimrath Paul's use of a late-model Audi - have prompted a warning future funding could be on the line.

The Dunedin City Council launched a joint review of the annual levy it pays to the museum after museum chief executive Shimrath Paul complained in May the council's support was inadequate.

That included suggestions some positions were not being filled, despite rising funding from the council, he confirmed.

"There's a suggestion there's a small number of positions that aren't being filled, and given that ... what is the situation in terms of the funding for those jobs, and what has happened there?" he asked.

The council provided nearly half the museum's annual funding, and has allocated more than $28 million since 2003.

A report by Mr Hall was presented to councillors during the non-public part of last week's community development committee meeting.

Cr Acklin said another report would be presented to the full council on December 13, again in private.

However, more information was being sought from museum staff, and their answers could influence funding given to the museum at next year's annual plan hearings, he said.

"If the information that comes to council is not convincing enough that the museum ... should be getting a significant increase in their levy, they may well not."

That would be a decision for councillors during next year's annual plan hearings, Cr Acklin said.

However, he was also concerned Mr Paul was driving a leased 2009 Audi Q7, while at the same time "pleading poverty" on behalf of the museum.

The car - valued at $281,000 when new - was leased by Mr Paul as part of his remuneration package, which included a vehicle allowance, but registered to the museum's holding company, Otago Museum Nominee Ltd, the ODT has learned.

Mr Paul, contacted in Wellington, said the leasing company had erred in registering the vehicle to the museum's holding company.

He denied leasing the vehicle was inappropriate because he received a set vehicle allowance regardless of the type of vehicle he chose to drive.

"Is it a good look for me to ride a push-bike? I think this is getting quite silly."

He also denied staff numbers were being inflated to secure extra funding, although he conceded some vacancies were being left open "to minimise the risk of losing good staff".

"We would hold some positions vacant and use the money we have to help with the retention of good staff," he said.

Other staff costs had risen as the museum expanded in recent years, with new business units added and other areas - such as the previously separate museum cafe - brought into the organisation's operation.

Other vacancies existed because funding constraints meant suitably qualified staff could not be recruited, he said.

Museum exhibitions, development and planning director Clare Wilson said the jump reflected changes within the museum - including bringing the cafe in-house - as well as reporting systems for staff numbers.

The museum was advertising two positions and had "roles in other stages of ... recruitment".

Council funding had increased, but not to an adequate level, she said.

Mr Hall said the council was required by law to at least maintain funding levels.

The council could opt for smaller increases, as happened in the last round, or to hold funding at existing levels, but had no control over how money was spent once the levy was paid, he said.