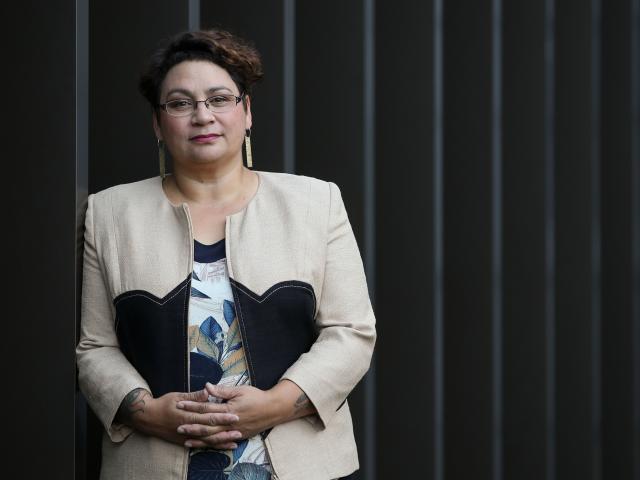 Metiria Turei. Photo: Getty Images
The fallout from Metiria Turei's resignation as co-leader continued for the Green Party yesterday as one leading staff member resigned and one moved to special projects.

Joss Debreceny resigned from his position as political director and Deborah Morris-Travers moved from chief of staff to a special projects role, providing policy advice on ending poverty in New Zealand.

Both were said to be heavily involved in Ms Turei's decision.

Two MPs, Kennedy Graham and David Clendon, resigned after Ms Turei's announcement about taking social welfare money to which she was not entitled.

Ms Turei has kept a low profile until this week, when she was on social media asking for help from volunteers and funds to campaign in the Te Tai Tonga seat for the election.

The seat is held by Labour.

Green leader James Shaw said Mr Debreceny had given tireless, loyal support and made an important contribution to the Green cause.

Tory Whanau has been appointed acting chief of staff.

-Labour has formally warned KiwiRail that if it wins the election, work on switching from electric trains to diesels on the North Island main trunk line will immediately cease.

Transport spokesman Michael Wood said yesterday it was a major strategic issue and a Labour-led government would not let ''this backward step'' go ahead.

''Today I have written to the KiwiRail CEO to provide fair notice that if elected, a Labour government will issue a clear letter of expectation to cease work on de-electrification,'' Mr Wood said.

-The United Future party is vowing to fight on despite its leader, Peter Dunne, pulling out of the election.

He is its only MP and without him it will have to reach 5% of the party vote to win any seats.

United Future has been tanking in the polls but party president Damian Light said yesterday it had always been more than one person.

''In every election since our formation 17 years ago, we have stood a wide range of candidates and this election is no different.''