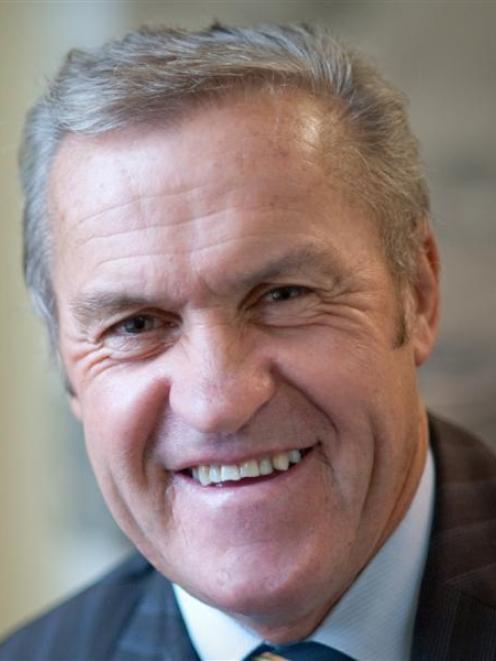 David Carter
What on earth does the management at Mighty River Power think it was doing, with its blanket refusal to answer questions posed by the very parliamentary committee to which those running the power generator are supposedly accountable?

Although it might seem relatively trivial in the grand scheme of things, such obstructive behaviour must technically come close to contempt of Parliament. It was certainly an affront, if not an outright insult, to the commerce select committee and thus to Parliament as a whole - and thus something at which new Speaker David Carter might well choose to take a closer look, and, if necessary, cut his teeth on.

Mighty River Power's unwillingness to respond to nearly 100 of the 133 written questions submitted by the commerce committee was made on the flimsiest, silliest but also the most dishonest of grounds. It is a terrible precedent which other Crown entities will not take much persuading to follow - especially given a second-term Government's growing tendency to disregard the barking of public watchdogs of any make or breed.

Mighty River Power has certainly made a mockery of Parliament's annual financial review mechanism which requires select committee assessment of whether Crown entities and enterprises are performing as intended in supplying services and managing their balance sheets and assets consistent with their forecast performance.

If state-owned enterprises are going to flout this procedure in such flagrant fashion, then everybody may as well pack up and go home. The revelations at Thursday's meeting of the commerce committee and the subsequent display of barely disguised antagonism on the part of Mighty River Power's representatives to the oral questions posed by Labour MPs, said an awful lot about the company's respect for something, which for all its toothlessness, is still one of the few oversight mechanisms in place to assess the performance of state-owned enterprises.

Much the same could be said for Solid Energy's cavalier treatment of the same select committee later that morning. Informing the committee as to exactly why or why not the state coal company's former chief executive Don Elder would be fronting to explain why Solid Energy is now tottering under a crushing $389 million worth of debt should have occurred as a simple matter of politeness. Given Mr Elder is still on the Solid Energy payroll, in an advisory capacity, his appearance before the committee would seem to be an open-and-shut case. The company's new chief executive, Mark Ford, says there is no problem.

But if there is no problem, why was Mr Elder not sitting alongside him?

Mr Elder is not talking. But no doubt he feels he has little to gain from being the victim of what increasingly looks like an old-fashioned witch-hunt. Indeed for Labour, the pursuit of Mr Elder may prove to be more productive politically than what he might actually have to say to the committee.

If the major Opposition party was feeling trampled underfoot in the public's rush to pre-register for a slice of Mighty River Power, the seeming absence of any political guile on the part of the latter's board and management plus the similar unworldliness displayed by Solid Energy has enabled Labour to turn the tables on National, if only briefly.

Not backing Labour would make them look like toadies and prove what everyone knows - that Cabinet ministers call the shots as to what happens at select committees. No prizes, however, for guessing which way those MPs will jump.

Mr Ryall, the State Owned Enterprises Minister, could have deservedly patted himself on the back earlier in the week for a job well done as National surfed on a bow-wave of 200,000 pre-registrations for Mighty River Power shares. Some on the Left tried to argue that the rush was a sign that those opposed to partial asset sales were now willing to put their money where their mouths were and buy shares to ensure the company stays in majority New Zealand ownership. But money talks. And the prospect of free money talks even louder. Not signing up for shares in Mighty River Power is equivalent to not signing up to KiwiSaver and missing out on the automatic payment of $1000 by the Government. Mighty River Power's share price is almost certain to rise once the company is listed.