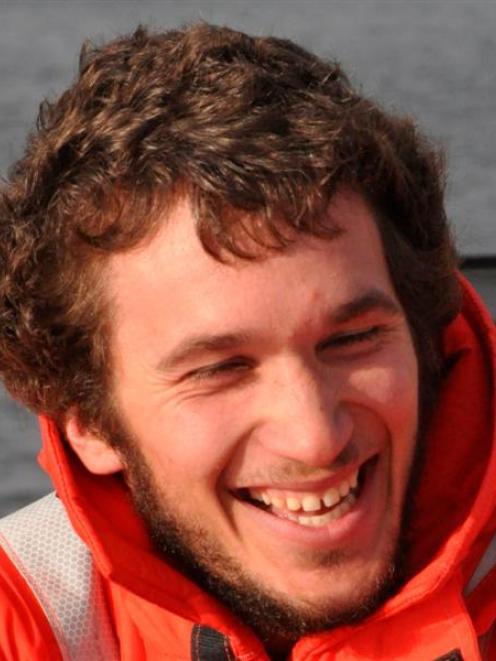 Anthony Davidson
Georgina Hampton explains how the cuts to student allowances for graduate students are both unfair and damaging to research in New Zealand.

Meet Anthony Davidson, an MSc student in the University of Otago's department of marine science. For the past three years, he has been part of a small team of researchers making month-long expeditions to the Auckland Islands to study nationally endangered Southern right whales. He has one more year to complete his MSc.

He never received a student allowance as he did not meet eligibility requirements based on his parental income. Parental income no longer counts once the student is 24, and as Mr Davidson is now over 24, he was due to receive the allowance for the first time. He made his study plans on that basis, and now faces dropping out of university without completing his Masters because he will be unable to fund his study and living costs.

The Government's student allowance cuts, announced last year, have recently come into effect. The cuts mean that, from this year, no student will qualify for the student allowance after their fourth year of study, regardless of whether they have previously received the allowance or not. These cuts, and their rapid introduction, is short-sighted and does not consider the positive impact of postgraduate research students on the research community of New Zealand.

The changes that have come into effect in 2013 will profoundly change the course of study, or the ability to live, for a significant number of students, says Erin Jackson, president of the University of Canterbury Students' Association.

''We know that the impacts will manifest in different ways for postgraduates; in lower living condition standards, in increased hours committed to employment (in addition to study), and, in some cases, abandonment of study or in the choice to study overseas. All of these consequences are concerning for the progression of innovation and development in New Zealand, a field that postgraduate students should be the leaders in.''

However, Steven Joyce would have us believe that ''New Zealand has the most generous support system in the world''. This is not true. In Germany, university only costs students a minimal amount to attend. In Scandinavia, PhD students are compensated fairly for their work, earning in excess of $60,000. A typical PhD scholarship stipend in NZ is $25,000. A recent BSc (Hons) graduate from the University of Otago has been offered a fully funded PhD position in the US. Funding includes a generous living stipend, unlimited research funding, and flights home to New Zealand each year.

To think cutting allowances in New Zealand won't drive motivated research students overseas, when support like this is on offer, is short-sighted. In fact, a survey carried out by two doctoral students, Amanda Thomas and Bella Duncan, at Victoria University, indicated up to 40% of current postgraduate students are thinking of turning their back on studying in New Zealand.

''It's almost as if the Government wants talented students to leave,'' one survey respondent said.

These cuts not only affect current postgraduate students, but future postgraduate students also. There is no doubt the psychological burden of debt is a barrier to further study, and to life - young people are delaying having children, and buying a house because they feel they cannot until they have paid off their student loan. New Zealand does not pay its graduates competitively enough on a worldwide scale to make staying in New Zealand, working, and paying their student loans back at 12% tax, on top of income tax, an attractive or viable option.

Students studying postgraduate degrees have had the rug pulled out from under them. Funding that was available at the time of committing to a postgraduate degree has been cut off with limited warning, leaving students requiring financial support without access to it. For many students, such as Mr Davidson, funding availability was a critical factor in their decision to commit to study. These cuts directly affect postgraduate students, but they also indirectly affect researchers. Science funding in New Zealand is critically low and difficult to acquire.

The Marsden Fund, one of New Zealand's main funding sources, funded just 87 out of 1113 proposals received in 2012 - a success rate of 7.7%. In times where external funding is low, researchers rely on postgraduate students to continue their work. Prof Warren Tate, 2010 recipient of the Rutherford Medal, says postgraduate students have been critical for the success of New Zealand research.

''Highly creative well-trained postgraduate students who, at minimal cost, are often the engine room of research - committed, hard-working, and selfless.''

There are many ways the student allowance scheme can be made more effective - targeting students with a genuine need - and less costly. Decreasing the 200-week limit on allowance schemes, changing eligibility requirements so students whose parents' wealth is tied up assets do not qualify for allowances they do not need, or incentives for students to finish courses in a timely manner are just a few examples.

Overall, New Zealand has a positive environment for young researchers, with PhD programmes designed to give apt mentoring, supervision, and other non-financial support students may need. Completing a PhD is not easy, and is not supposed to be, as evidenced by the small number of postgraduate students carrying out meaningful research and contributing positively to New Zealand's research reputation.

And what options are left for Mr Davidson?

''I'll probably return to my job in Australia. The money's better over there.''

- Georgina Hampton is a PhD student in genetics