Individual MPs aside, focus will be formal Pike inquiry 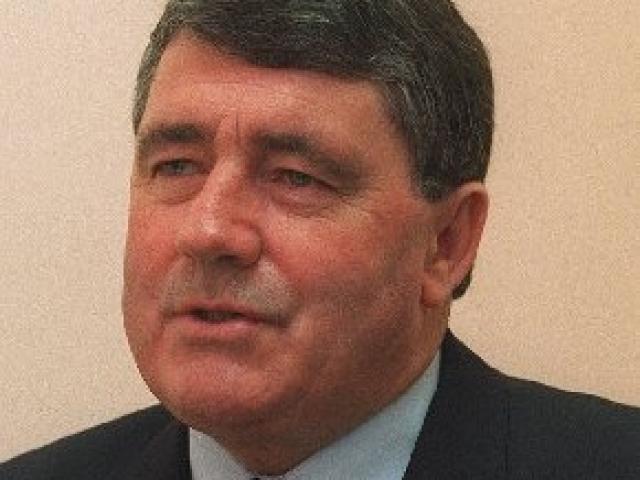 Jim Anderton
It is inevitable as the sun rises that politics will barge its way through the door soon enough and jolt the nation out of its temporarily dazed state of unity in adversity, while simultaneously blithely ignoring the very private and much deeper grief of the families of the 29 miners killed in the Pike River Coal tragedy.

Some might say there has already been some knocking on that door in the form of two speeches by Jim Anderton in Parliament this week.

The left's old war horse was not in the mood to join the chorus of praise for the West Coast's resilience at what fate might have in store for it.

That kind of sentiment has produced a miserable mythology which decrees the Coast must always suffer.

That is not good enough in Mr Anderton's book. So he effectively served notice that he will be putting his not inconsiderable weight behind efforts to find out why things went so dreadfully wrong at a mine which should have had all the right equipment and safety practices, given it has been open for barely a year.

Mr Anderton seems to have made it his personal mission to end the lottery on life and death that working in underground mines has entailed. Doing so, moreover, would be the best possible tribute to those who had died in the explosion.

Mr Anderton cannot be accused of exploiting the catastrophe for selfish political motives.

For starters, his credentials as the credible voice of blue-collar workers like miners are unquestioned. His statements in such circumstances carry huge moral suasion.

He also has nothing to gain politically. He is leaving Parliament at the next election, now no less than 12 months away.

That Mr Anderton might assume such a leadership role might suit others itching to join a potential battle which has all the ingredients needed to fuel a classic stoush between labour and capital; between political left and right.

Certainly some in the union movement might well see the mistakes at Pike River Coal as pay-back time for the humiliation the Combined Trade Unions incurred over The Hobbit.

Because it is workers who have paid the ultimate price, the rallying cry of "solidarity" has been much heard of this week.

Not for nothing did Phil Goff mention in his speech in Parliament that the Labour Party was born out of the mines and towns of the West Coast.

The Labour leader echoed some of Mr Anderton's talk that this was an accident which should never have happened in this day and age.

But that was as far as Mr Goff went. Coming off a shaky victory in the Mana byelection, Mr Goff would be highly vulnerable to charges of desperation should he start picking over the issue willy-nilly.

With such little information about why the explosion occurred, there is little point (and much risk) in Mr Goff doing so on the basis of conjecture.

What must be most annoying for Mr Goff - although he would never say so - is that the disaster, like the Christchurch earthquake, has given John Key yet another platform from which to project himself and National as no-fuss, capable managers of the country's interests.

With the bodies still in the mine shaft, Mr Goff also knows there is still an awful lot of the necessary ritual of death yet to be played out across the 6pm news before it is time to ask some hard questions.

Those questions are not going to provide reassuring answers.

As a British mining expert told the BBC, methane levels must have built up in the mine to levels between 5% and 15% of the atmosphere at which point the gas becomes explosive. Either the warning systems were inadequate or were not working properly. Or if they were working, they were not being monitored properly. There are no other explanations.

Mr Goff, however, will play it cautiously. While he might have been tempted to go after the company, his problem is that the company is held in high esteem on the West Coast.

It has provided the one thing valued above all in a region which is an outdoor museum filled with the rusting industrial artefacts from times long passed - full-time, permanent jobs.

That view might shift during the hearings of the Government-ordered commission of inquiry, whose membership and terms of reference should be signed off by the Cabinet on Monday.

With powers to summon witnesses and subpoena documents, the commission should be able to at least ascertain whether concerns had been raised about methane levels - an acknowledged problem during the mine's construction - and what was being done about it.

The target Mr Goff will have in his sights will be Labour Minister Kate Wilkinson and what she or her department knew or rather did not know about what was going on at Pike River Coal.

So far, Ms Wilkinson has been kept very much in the background. It is Mr Key's show. And understandably so, given the magnitude.

It will likely remain Mr Key's show. What will worry him is that Ms Wilkinson's hands-off, laissez-faire approach to regulation and monitoring might have left National badly exposed.

Little appears to have emerged in concrete form from a public consultation exercise begun under Labour to improve "hazard management" in the underground mining industry. Instead, Ms Wilkinson ruled out reinstituting "check inspectors" who would be elected by fellow workers to keep an eye on safety standards.

Her department will institute its own inquiry - one of many which will begin in relatively short order.

However, the major political focus will be on the formal commission of inquiry. It may have major difficulties establishing exactly what happened. Given it took the Cave Creek inquiry seven months to do its job, the Pike River Coal inquiry may take a lot longer and might not report until after next year's election.

But it would be surprising if there were no revelations or embarrassments for someone on the way.