Now for a 'tertiary' education revamp? 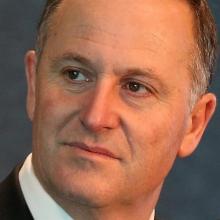 John Key
John Key declared on The Nation that he would serve out a fourth term if re-elected. That would make him the third-longest-serving prime minister.

Farmer Bill Massey did most of four terms, from seven months after the 1911 election to six months before the 1925 one - 12 years, 10 months. (One term was five years.)

Mr Key has refused to adjust the national superannuation qualifying age and is now presiding over economic and monetary settings that are short-changing future pensions.

He has refused to act on the food-and-drink sugar overload which will load diabetes and other health costs on to a future generation.

But he has backed Bill English who has done some longer-sighted things.

And he has set the party up for the future by consummately regenerating his caucus and cabinet, easing out underperformers and past-their-use-bys.

That has got generational change under way. If Mr Key continues his cleanout next year, National may well overtake Labour as the next-generation party after the 2017 election.

One issue for that next generation is education. The Key-English ``standards'' and supply-side markets formula is more 20th-century than 21st, though Hekia Parata is making updating adjustments.

The 12 state schools East Tamaki Manaiakalani project is a window into that future education. Social entrepreneur Russell Burt, Point England principal, has drawn on business philanthropy and digital technology to get low-decile pupils more engaged, networked and up to ``standard''.

That model is now to be rolled out in several other places. How well they go will depend on whether local teacher-entrepreneurs are up to the local challenges.

The Manaiakalani focus is the pupils, equipping them with non-cognitive skills (and, of course, the cognitive ``standards'') to navigate their future.

Importantly, they are not ``customers''. Modern teaching-learning is expected to be ``co-productive'', as some put it.

That also goes for ``tertiary'' education - the post-secondary institutional mishmash ranging from universities to dodgy English-language schools for foreigners.

Tertiary Education Minister Steven Joyce issued draft legislation on Friday tweaking the current creaking model. One of the tweaks will allow him to decide whether a waananga can call itself an ``indigenous university'', so it can better pitch for foreign students.

That fits Mr Joyce's drive to maximise ``export education'', now a critical contributor to funding, including of cash-constrained universities.

On Thursday, Mr Joyce will be presented with a wider challenge in the form of a Productivity Commission draft report on tertiary education.

The terms of reference, set by Messrs Joyce and English, were wide-ranging. They noted that existing institutions were ``reluctant to be first-movers or early adopters'' in a context of technological change, rising tuition costs, increasing internationalisation, changes in employer and student demand and demographic change.

The commission has done its usual compendious, exhaustive analysis, with more than 60 findings, some trenchant, and more than 30 stretchy recommendations.

The report is under tight wraps so cannot be quoted here. What can be said is that it aims to relate learning (and the system) to future personal and social (and economic, a subset of social) needs. It will deeply challenge current ``strategy'' and institutions' and regulators' sclerosis.

Institutions are funded according to student hours. Fees are capped. Coupled with tight, slow-acting regulation, that constrains innovation.

Student loans are interest-free, thanks to Helen Clark's Labour government. That is expensive. And it is a net upward transfer to the better-off because the children of the educated better-off are much more likely to take up the more expensive tertiary options than those of less-well-off, less-educated parents.

That money logically could be used, for example, to exploit digital technologies (including what the jargon calls ``blended e-learning'') and international connections to develop teaching and learning to be less through set lectures (digitally distributable) and more through one-on-one or small group engagement.

Now students choose what faculties offer. Many find a qualification doesn't lead to a job. One wild idea some have: a uniform lifetime-usable grant for all.

Students must navigate a much more uncertain world than their parents. That requires specific skills and re-skilling - ``learning to do''. It also requires non-cognitive - ``learning to think'' - skills.

That requires high-quality teachers. Universities reward research more than teaching. Expect something from the commission on that.

So education-beneficiary Mr Key has a fourth-term opportunity - if he wants more than longevity in office.