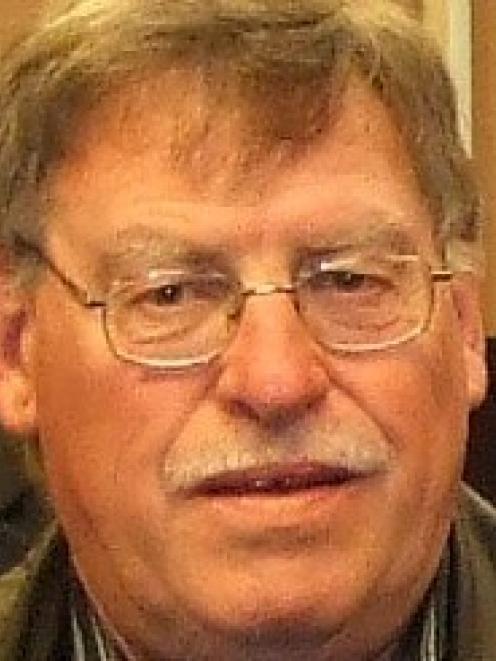 John Lane
Long-serving Roxburgh local body politician John Lane is taking a ''calculated gamble'', hoping to remain a district councillor even though he is standing for the Alexandra ward, 39km from his home.

He has no intention of moving to Alexandra and admits his bid will be controversial.

''Depending on how the election results go, I'll either be a hero or zero, so we'll have to wait and see what happens.''

Mr Lane (67) has served the past five terms as the Teviot Valley's sole representative on the Central Otago District Council and seven terms on the Roxburgh Community Board.

This year, nominated by former Central Otago mayor Malcolm Macpherson and Bryan King, both of Alexandra, he is hoping to be elected as one of three councillors representing the Alexandra ward. His reasons for ''detouring'' to Alexandra are twofold.

''Firstly, I was thinking of succession in the Teviot Valley. I was worried if I stayed on for another term, we might lose another potential candidate.

''Secondly, I was a great promoter of the proposed changes to our voting system, where the suggestion was councillors be elected at large, rather than on the ward basis as at present.''

The council recently held a representation review and eventually decided to maintain the status quo, on the casting vote of Mayor Tony Lepper. Asked if his bid for an Alexandra seat was a gamble, Mr Lane said it was a ''calculated gamble''.

He is one of six candidates vying for three places. Two of the candidates are sitting councillors and a third is a Vincent Community Board member.

The Teviot Valley ward candidate for the coming election, current Roxburgh Community Board chairman Stephen Jeffery, will be elected, as he is the only candidate for one vacancy. However, elections will be needed in the council's remaining four wards.

Mr Lane believed councillors should think of the district as a whole, rather than focusing solely on their own patch.

''I'd spend more of my time doing activities relating to the whole district, so I don't see it as being mind-blowing that I'd stand somewhere else.

''I think, not wanting to skite, that I would be one of the busier councillors, and lots of my activities cover the whole district.

''I've been chairman of the hearings panel since 2001, I'm involved in the tourism strategy review and the heritage strategy, for example, and the revamp of [Central Otago] Wastebusters right now.''

A by-election was held after the last election to fill a vacancy on the council's Earnscleugh-Manuherikia ward.

The successful candidate, Cr Jeff Hill, stood for the ward despite living in the neighbouring Alexandra ward. The Roxburgh board will be renamed the Teviot Valley board following this year's election.

Board members Helen Pinder and Mr Jeffery have stepped down and there are only three candidates for the four vacancies, so a by-election will be held to fill the vacant seat. The same thing happened after the last election.