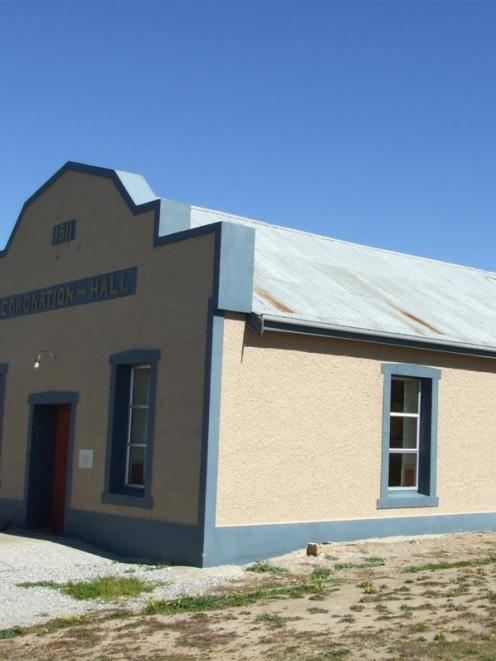 Bannockburn Hall
The Bannockburn Hall, destined for demolition due to its earthquake risk could be strengthened, which could save the community money and protect a piece of history says David White, a local heritage advocate.

Mr White was acting as a ratepayer and not in his position as chairman of the Central Otago branch of the New Zealand Historic Places Trust, as was reported in yesterday's Otago Daily Times.

The Asset Management report stated the hall would be at risk of complete structural failure of all the walls in a moderate earthquake.

It also said the front parapets over the entrance could fall down creating the risk of deaths or injuries.

Mr White said he was told by the board chairman, Neil Gillespie, that the report only looked at the construction of the building, not any heritage values. He commissioned reports from conservation architect Jackie Gillies, historic building conservation director Daniel Pollard and heritage stonemason Keith Hinds to determine other possibilities for the hall, with the thought that it might be cheaper to strengthen the present building. The three reports recommended that a heritage engineer be appointed to re-evaluate the hall.

In his report Mr Pollard said "the [Asset Management] report is drafted with no regard to the potential heritage significance of the place . . . I am strongly in the belief that demolishing a building on this report's recommendations would be an extremely inappropriate course of action."

In her report, Jackie Gillies said the hall had considerable heritage value and concluded that a replica of the hall, as was the proposed design, would not be acceptable as "the hall can be bought up to a reasonable standard of earthquake resistance relatively easily."

Mr White said the additions of toilet and kitchen facilities which were the trigger into the structural investigation and had already been approved, could help support the hall if the preservation option went ahead.

Mr White approached the council in May with his concerns over the engineer's report and provided the three reports he had commissioned CODC chief executive Phil Melhopt said: "While we have our doubts over the robustness of the reports provided by Mr White, we have requested an independent review of the respective parties reports".

The Cromwell Community Board was told on Monday that rebuilding could cost more than $1 million.