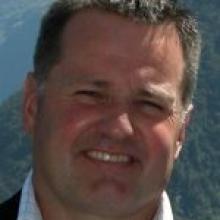 Dave Hawkey
The Southern Lakes region, billed as the "jewel in the crown" of the $9.3 billion New Zealand tourism industry, has been announced as host of a major international tourism conference.

Queenstown, as revealed in the Otago Daily Times earlier this week, was confirmed as venue for the 2011 Tourism Rendezvous New Zealand (Trenz) trade event for the first time.

The annual event, which attracts more than 1200 delegates, including buyers, sellers and international media, has only been held in Auckland, Christchurch and Rotorua, due to their capacity to host a large conference.

Prime Minister John Key, when asked how the region could cope, said it would manage "admirably".

Mr Key, who is also the Minister of Tourism, said the resort would be a brilliant showcase for international visitors.

"It is a wonderful destination; one of my favourites in New Zealand."

Southern Lakes, which involves regional tourism organisations in Queenstown, Fiordland and Wanaka, had been approached by the Tourism Industry Association to host the international tourism trade event.

TIA chief executive Tim Cossar said the region had a highly developed tourism infrastructure and would be an "unparalleled opportunity to show some of our best tourism experiences".

It was unknown how much the event was worth to the region, but the exposure would be worth millions, he said.

The venue for the conference had yet to be finalised, but despite not having a large conference facility, the Queenstown Events Centre, Skyline, Coronet Peak and various marquee could all be used to host the event.

Queenstown was well served by international flight links, and had the accommodation capacity to cope with an event the size of Trenz, he said.

It was hoped the event would alternate each year between North and South Islands, and other regions, such as Dunedin, could be an option in the future, he said.

Southern Lakes chairman Dave Hawkey said the event would showcase the "jewel in the crown" of the New Zealand tourism industry.

Speaking at the Auckland-based conference, Millbrook Resort sales manager Stu Cordelle said hosting international buyers and being able to show them the resort first hand would be a more effective sales method.