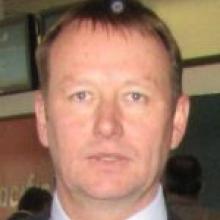 Mark Taylor
A call by the Queenstown Community Strategic Asset Group for the Queenstown Lakes District Council to stop being a defendant in the forthcoming judicial review over the airport shares deal was "laughable if the matters at hand were not so serious".

Mr Taylor said in yesterday's statement the group started the litigation and if the members were so concerned about the burden of cost on the council "they must take responsibility for it themselves, rather than making suggestions that hugely benefit their self-interested position and their partner in the litigation, Air New Zealand".

Mr Taylor said litigation was a process where the applicant and the defendant each advocated their position and a judge decided the better view.

It was not an independent review, as was proposed by the Auditor-general's Office, he said.

"Failing to advocate, as Matthews suggests, would be short-sighted, and would almost certainly guarantee an adverse finding for the [council], as only one side of the case will be available for the court to consider," Mr Taylor said.

"Furthermore, there is a very real risk of distortion of the facts of the case and the merits of the conduct of QAC and its board.

"Worse still, failing to put in an appearance may well attract an order for costs which could be significant."

Mr Taylor said there had been much debate about the deal. It was announced in July that the QAC had created and sold 24.99% new shareholding to Auckland International Airport Ltd for $27.7 million.

"None of the opponents with substantial vested interests have offered any realistic alternative to funding the current growth of Queenstown Airport other than increasing debt, and risk, or them providing the new capital," Mr Taylor said.

"Throughout they have also focused entirely on the cash element of the deal and chosen to ignore the substantial benefits and increased traffic Auckland airport brings to the table. Given that new capital was required there is no alternative player in the market who can deliver such a great package of benefits to Queenstown Airport."

Commenting on whether the council was likely to take Mr Matthew's suggestion seriously, Mr Taylor said: "I'd give them more credit than that, because the notion is ill-advised."