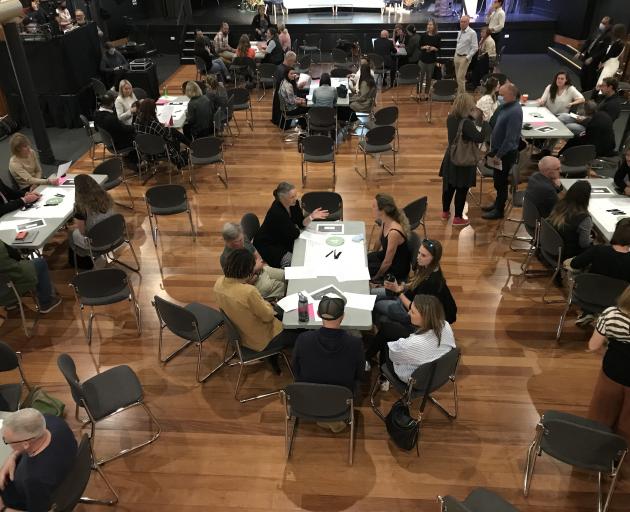 About 60 people converged on the Lake Wanaka Centre yesterday afternoon for a ‘‘world cafe-style’’ forum on regional tourism in 2030.

The event was part of the Wao Summit, a week-long talkfest on sustainability topics such as tourism, climate, mental health, finance and construction.

The event is organised by a charitable trust and run by volunteers.

Wao is the Maori word for forest.

The summit presented the Queenstown Lakes District Council with its first opportunity to co-create a draft destination management plan with the community.

The project is aimed at putting ‘‘people and place’’ at the heart of the region’s tourism industry, which has been knocked for a six by Covid-19 and the decline in visitors.

‘‘These are strange times but it is our opportunity to rethink for the future ... I don’t think it is ever going to be like it was in the past. The excitement for us is to help shape the future,’’ Mr Boult said.

The event included an online presentation by a Canadian tourism expert and a panel discussion.

Groups then brainstormed and wrote ideas down on large sheets of paper.

The council will now use all the information it has gathered from the community and the Wao Summit to prepare its draft destination management plan.

There is a chance to give public feedback in November before the final plan is released in December.

The Wao Summit continues until the end of the week and full programme details are on its website.