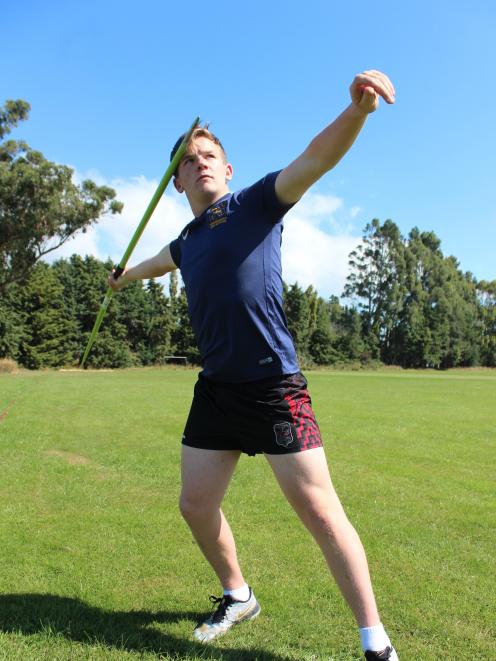 Tokomairiro High School pupil Ethan Walker (14), of Milton, became the 2016 national under-15 javelin champion after only taking up the sport competitively at the beginning of last year.

Ethan also showed his mettle in the Otago Secondary School Championships on Saturday in a performance that outclassed his competitors by almost 15m with a winning throw of 48.72m.

The throw was an Otago under-15 javelin record.

He had previously set a high school record, beating his previous best by more than 5m, when he made a 46.82m javelin throw at the school athletics championships.

For an athlete who has been competing for just over a year, he has made considerable progress.

Once his father, Jason Walker, saw he had star-potential, contact was made with his now-coach Raylene Bates to see if she would be interested in training him.

Ethan said she helped refine his skill and educate him about the different aspects of javelin throwing.

Whereas before he relied on strength, he had since learnt about the importance of training core muscles and the run-up to the plate.

Ethan will travel to Sydney to compete in the Australian championships in a few weeks.

``I'm looking forward to it but I'm also nervous because it is such a big event,'' he said.

The training was challenging to the point where he wanted to throw in the towel at the end of last year.

``I had a talk to my dad and he got me to stick with it and in the end it really did pay off.''

He will also compete in the South Island Secondary Schools Athletics Championships.

When asked if he wanted to become an Olympian, Ethan said it was a possibility but he did not want the aspirations to detract from his other goals of working and joining the armed forces to eventually become a physical training instructor.

For now, he was enjoying being an athlete at school and would see where it took him.