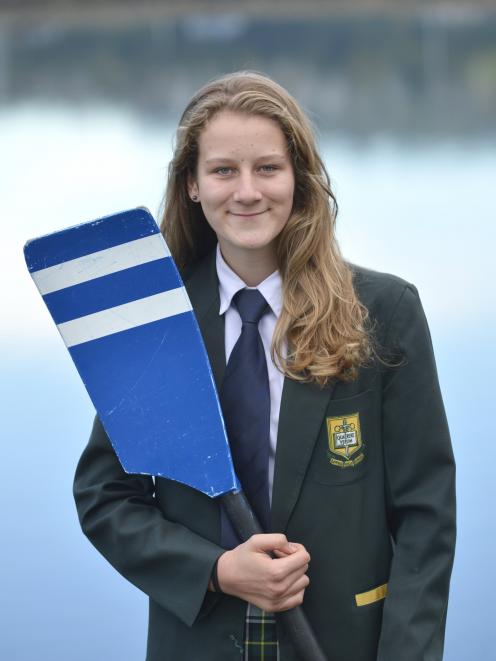 The 16-year-old was 0.62sec off a bronze medal in the girls under-17 single sculls at the Maadi Cup, three weeks after taking bronze at the South Island secondary schools event.

Not bad for someone who started rowing only 18 months ago.

Also not bad for a school which had not attended a regatta since 1971.

Indeed Hofmans had only moved to Bayfield from Kavanagh College this year, achieving instant success.

After a solid first season as a novice, she trained well over winter with coach John Parnell at the Otago Rowing Club.

Coming back for her second season she finished second at the R2K singles regatta in October, setting the tone for the rest of the season.

``I had no idea,'' the year 12 pupil said of whether she knew how much she had improved.

Her South Island bronze medal five months later had been a confidence boost, edging from fourth to third in the final 250m.

She then rowed the fastest times in the heats and semifinals at Maadi Cup, giving her the belief she was a medal-contender.

She also teamed with friend Tasman Charteris-Wright to make the D final of the under-17 double sculls.

With siblings Samantha and Robbie Bevin having also competed for the school this year, Hofmans hoped it could be the start of things to come.

``I think that's pretty cool, the first row I did for Bayfield I got a medal,'' she said.

``There's people I don't know coming up to me and being like `I really want to join, do I have to be good'?

``And I'm like, `No I was bad when I started, but I've had really good training and look where I am now'.''

During the season that training had her start at 6am every weekday except Friday, plus later starts both weekend days.

While that eased off slightly over winter, she was not slowing down just yet, as she leaves on Friday for South Island under-18 trials.

That would have her compete against about 50 others for four sculling spots to race against the North Island.

In among all that, she played canoe polo and had been the school's athletics champion, while also having played volleyball and basketball.