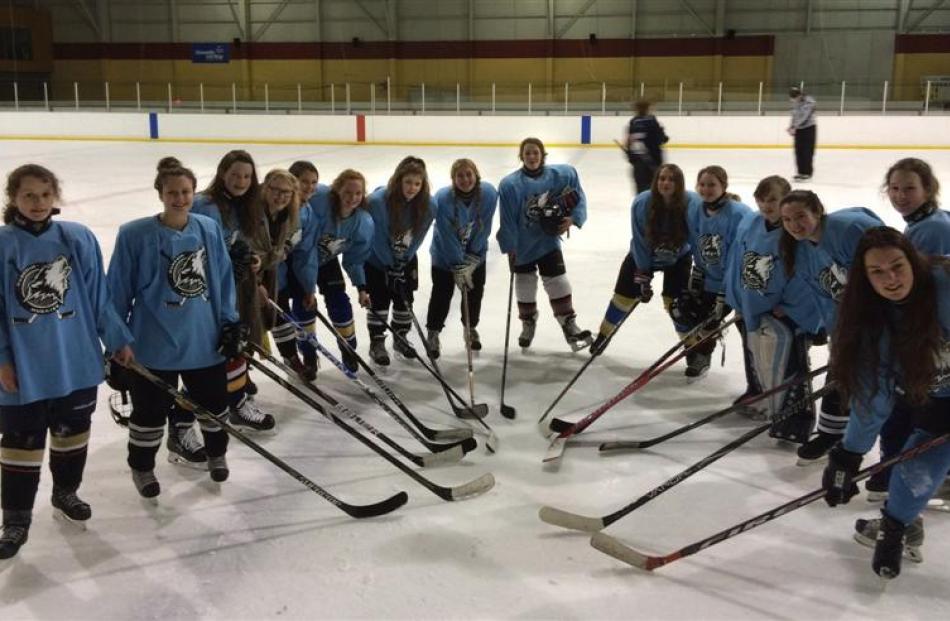 The Ice Queens are one of a kind.

Made up of eight players from Queen's High School, two each from Columba College, St Hilda's and Otago Girls', and one from Taieri College, they are the only all girls secondary schools team in the South Island.

They joined forces to compete in the South Island secondary schools B grade competition in Dunedin earlier this month.

While the team won just one of its five games and finished behind eventual champion MacKenzie and runner-up King's High School B, it did record an impressive 5-2 win against King's.

''The other schools said, `Oh, they're an all-girls team, they will be easy','' team manager Joanna Bishop-Cherry said.

''But MacKenzie came off after their first line change and said, `Oh, they're really good'.''

Perhaps King's and MacKenzie should not have been surprised by the Queens.

Keenan's sister, Laney (15), who was recently named in the Ice Fernz development squad, was also in the team.

Orr scored a couple of goals during the tournament and was rewarded for her play by being named most valuable forward.

It was the second straight year the five schools, coached by Dave Patchett, a teacher at St Hilda's, have joined forces to form the Ice Queens.

The girls are used to playing against boys as they play their club ice hockey in mixed Dunedin teams.

Bishop-Cherry said there were some talented players in the team and she expected more players to eventually be named in the national team.