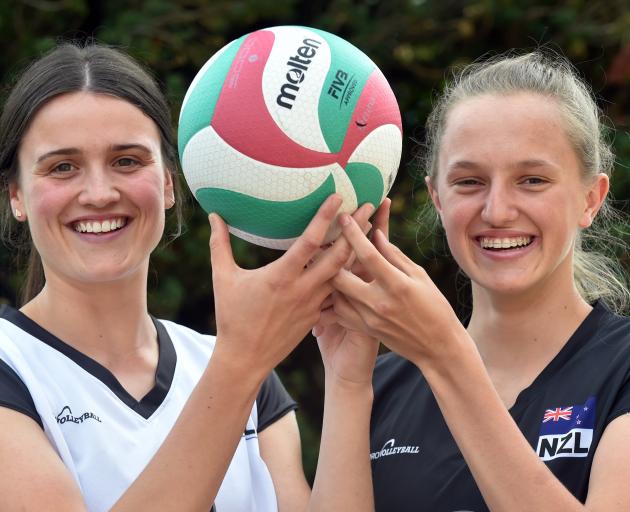 Maddy Campbell (17) and Jenna Thorne (16) will play for the New Zealand under-18 women's team at the under-18 Asian championships beginning on March 5. The championships will be held in Chongqing, China, and run until March 13.

The duo went through both South Island and national trials to make the final squad of 12. Thorne, whose twin sister Taylor has also been in New Zealand teams, will be representing the country for the first time.

It is Campbell's third New Zealand team, although this time around she has the added responsibility of captaining the side.

''[It was a] pretty proud moment when I found out,'' Campbell said. ''I'm pretty excited to get to lead the country in the sport I love.''

The pair play for the Otago Girls' High School team, which plays in the local boys competition. In that they have played two games, winning one and losing the other.

They also play in the club competition for Scorpions. While that helped with preparing for a higher level of play, they said the players in China were likely to hit the ball harder than the local boys.

Thorne said the international teams were a lot tidier than the New Zealand ones. Campbell added the game was faster and the players were bigger.

They had the imposing task of facing the five-time defending champion Japan side in their pool. While beating Japan would be a tall order, they hoped beat Samoa and progress to the next stage. From there, they hoped to go on to qualify for world championships.

''As a team we obviously want to qualify for worlds,'' Campbell said.

''That hasn't been done by New Zealand before. I think the top five qualify for that, so that's our goal.''

In her final year of school, Campbell hopes to play in the United States on a university scholarship next year. She will obtain film from the championships to make a highlights package to help with her recruiting.

Thorne has similar ambitions, although as a year 12 that was still another year off.

They left Dunedin yesterday, before flying out to China today.