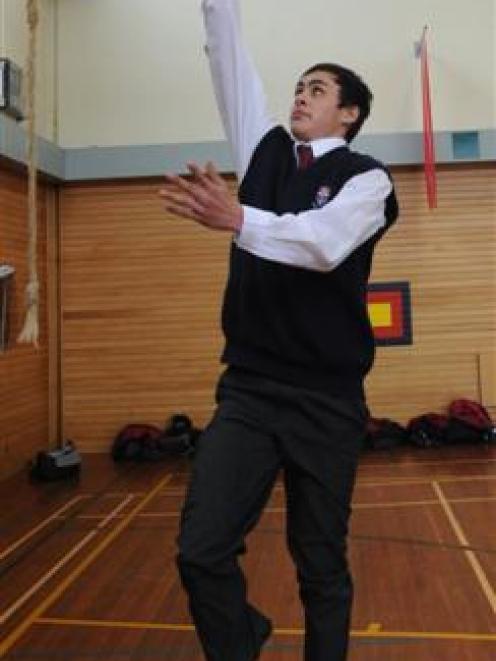 Rodger (15) has been picked for the New Zealand under-16 basketball team which will travel to Australia next month to take on Australian state sides.

It is a tournament where New Zealand teams traditionally find it tough going, as the Australians put out some big and lofty teams.

Rodger, though, is not daunted, and will be guiding his team round the court in an attempt to beat the Australians.

"I normally play power forward for my school team but they asked me to play point guard in the trials and that is where I will be playing for this team," he said.

Rodger, whose favourite player is Kevin Durant, first played basketball soon after he started at primary school and has been dribbling a ball ever since.

He played a bit of casual cricket in the summer, and had given up rugby this year to concentrate on basketball.

The year 11 pupil had made Otago teams right through his schooling, and this is the first age group national team he was available for.

He is yet to play for a club team on Saturdays, just sticking with his school side for now.

The trials for the team were in Hamilton in the last school holidays in April and he felt he had done well.

He was right, winning selection in the 10 strong team.

Jackson Stent, from Canterbury, is the only other South Island player in the team.

The team will have a camp in Auckland before it travels to Tamworth in New South Wales for the tournament.

The only drawback to making the national team was having to find $3000 to fund the trip.

Family were busy raising money, and they also intended to be in Tamworth, to watch Rodger play.