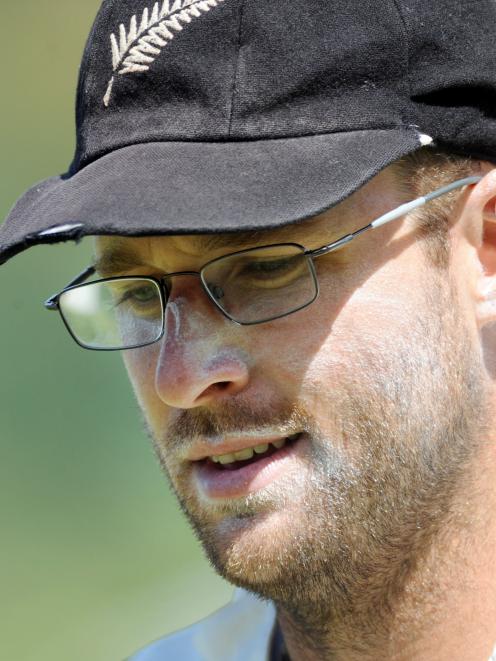 The veteran allrounder has been playing international cricket since 1997, including 289 ODIs, 57 of which have been against Australia. So while some of his younger teammates view the clutch group A game as the most significant match of their careers, Vettori sees it differently.

"World Cup semifinals are the biggest games I've played in," he said of New Zealand's appearance against Sri Lanka at that stage in the last two tournaments. "And I've been involved in a Champions Trophy final. It's just how much is on it. The knockout stage is where it really matters."

Which is not to say there's a keen sense of anticipation of what lies ahead. That won't change the New Zealand philosophy going into the game, Vettori said.

"The casual buildup has worked pretty well for us. I don't think there'll be much difference with the way we'll go about things. We will look forward to Saturday rather than fear it."

The underdog question inevitably arose during Vettori's press conference at Eden Park today. Where coach Mike Hesson and Australian allrounder Shane Watson steered away from who should be favourites, Vettori quipped that, "New Zealanders would be unhappy if we didn't take the underdog status.

"But really it's irrelevant, all that talk. All that matters is the conversation after the game."

Vettori drew a comparison with skipper Brendon McCullum and the dominant leadership figure in his early international years, Stephen Fleming.

"They are very good friends so they bring a lot of similar traits. Stephen was amazing in the background in the way he could organise and motivate a team. Brendon does that similar role but probably on the field.

"That's why guys gravitate to him, for the example he sets, particularly with the way he fields. He sets an example you have to follow. Stephen did that, but in a more understated manner."

Vettori did enter the sledging debate, given that no conversation about Australia is complete without the verbals being raised.

"I think it's a little bit overstated," the 36-year-old said. "In 18 years I can't remember being sledged by an Australian team. I think the way it's portrayed is not quite right. I think the guys will look forward to it. But it's more about the physical contest; that's what the guys get excited about."