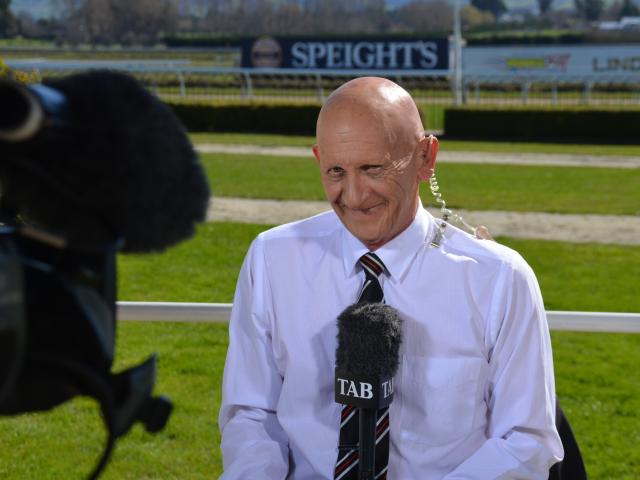 Dave McDonald in a presenting role at Wingatui. Photo: Matt Smith.
In a further blow to racing in the South, up to a dozen Trackside workers are set to be made redundant and no broadcasting crew will be stationed in the region.

Racing Minister Winston Peters announced a $72.5 million rescue package for the racing industry on Tuesday but it is too late for many in this part of the world.

The Racing Industry Transition Authority (RITA), which runs the TAB, announced last week it was looking to let go 30% of its workforce as it looks to slash costs.

Betting revenue has plunged over the past couple of months, leading to the decision to cut costs.

Trackside has a team of about 12 based in Dunedin, some who work part-time, covering meetings in the south of the South Island.

RITA is proposing to get rid of all of them and fly staff down from Christchurch to cover meetings in the South.

Trackside coverage is expected to be significantly cut back.

Fewer cameras will be used at meetings and there will be a reduction in people on course.

The emphasis is set to shift to coverage of races as RITA switches to an emphasis on straight racing product.

It is considering stopping over-the-counter on-course betting and the end to phone betting. Four retail outlets are set to close.

A RITA spokesman said yesterday nothing had been decided and consultation was being undertaken. A decision was due by the end of the month.

After 40 years of calling, McDonald is no longer employed although new southern caller Justin Evans is believed to have been kept on.

Racing may have started up again — greyhounds began last week — but meetings are thin on the ground. Meetings set to be staged in Otago have been shifted to Invercargill to be nearer the horse population.

A harness meeting will take place in Invercargill on May 30 with thoroughbred racing due to resume on July 1.