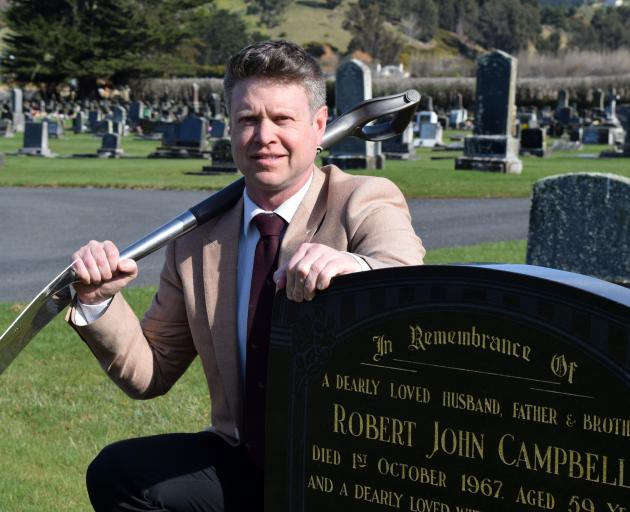 Dunedin mourners are out of pocket as cemetery plot prices continue to skyrocket.

On July 1, the Dunedin City Council hiked the cost of a burial plot in an urban cemetery to $2341.20, a 3% increase on the past financial year.

Research by The Star has revealed the cost of plots charged by 15 southern councils.

The Star talked to two widowers whose wives were buried in Dunedin cemeteries this year.

Neither widower wanted to be named because they were still grieving.

One man said his wife had always wanted to be buried in the nearest cemetery to their home.

When he made arrangements, his funeral director warned him Dunedin was one of the most expensive places in New Zealand to buy a burial plot.

The other widower said he and his wife had always planned to get buried when they died.

"We were never keen on cremation."

A decade ago, he and his wife made arrangements for their burial with a Dunedin funeral director to save their children from having to do it.

The price he paid to have his wife buried, including the $2341.20 plot cost, was "quite a bit more" than the quote given 10 years ago.

He had worked in the business for 17 years and the cost of a plot had increased every year.

Now about 80% of people in Dunedin got cremated.

"I can only assume cost plays a factor in choosing between burial and cremation," Mr Campbell said.

Hope and Sons manager Andrew Maffey said "burial is the only option" for some people because of their beliefs but plot prices were why some chose cremation.

"They are swayed by the cost, for sure."

When asked why Dunedin was the most expensive place in the South to buy a plot, council parks and cemetery manager Scott MacLean said a review of his department’s service fees and charges had begun and would include benchmarking against other councils.

The reason the council continued to increase the cost of its plots was not to encourage more people to choose cremation, he said.

In June this year, the council provided a submission to a national review of the Burial and Cremation Act 1964.

The submission indicated "adequate" availability of plots for burials to "2060 and beyond" in the 20 cemeteries in Dunedin.

When asked why plot prices continued to rise when there was adequate capacity, he said: "The cemetery capacity review was undertaken to assess future capacity and enable strategic planning. This was not related to current fees for burials."

Why would you expect something different in death? DCC screws you day in day out while your alive, of course their going to screw after death!

"On July 1, the Dunedin City Council hiked the cost of a burial plot in an urban cemetery to $2341.20, a 3% increase on the past financial year", got to pay for the dots and other silly frivolous things somehow.

I'm sure they will up the cost of cremation so they can squeeze every last dollar out of the body before its buried. I guess you could always donate your body to science to avoid paying these bludgers!

Do they still have the Council chimney? Stiffs have got to go, by law.