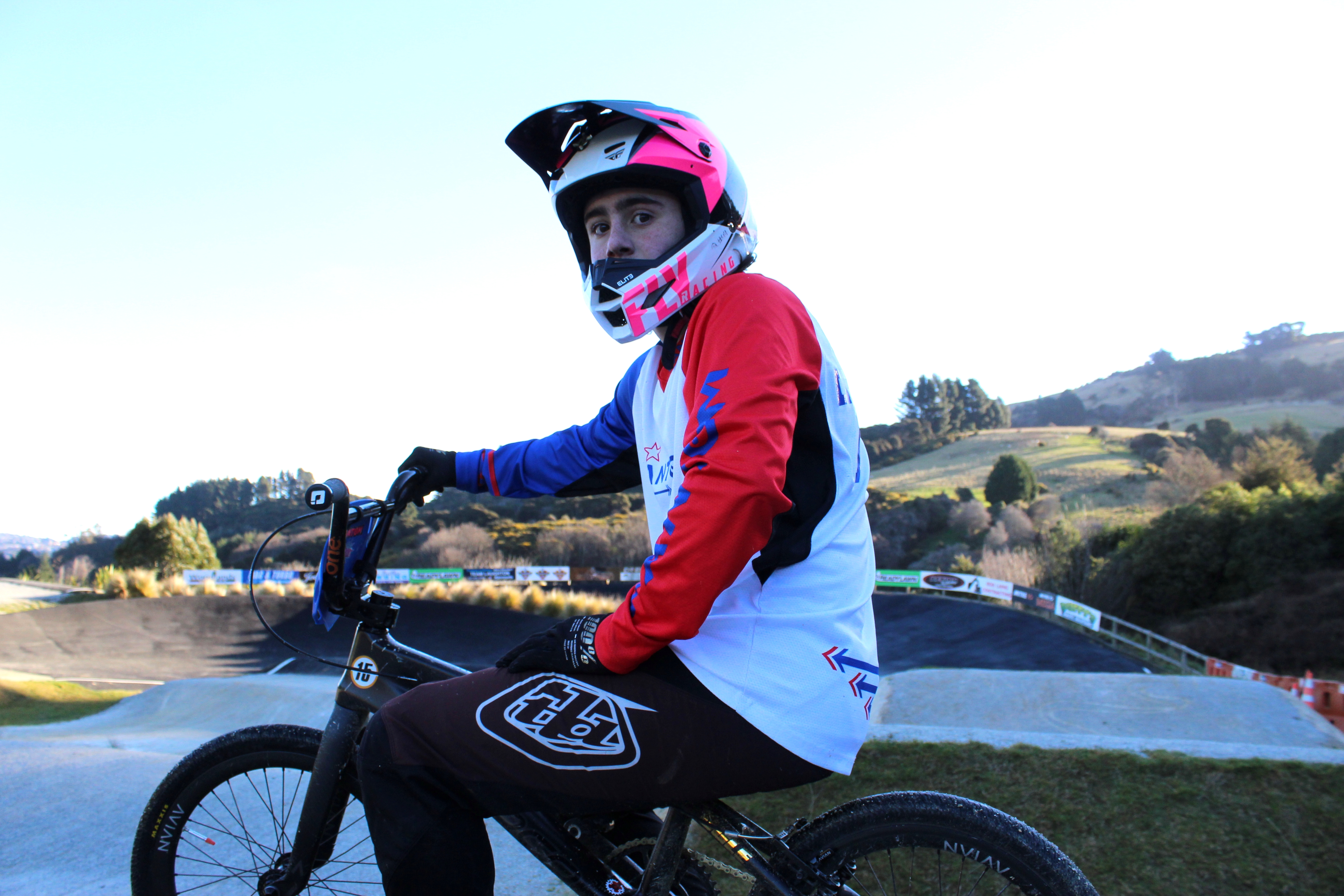 Upping the challenge . . . Brock Stewart (14), of Dunedin, lets loose at the Dunedin BMX Club track. PHOTO: SIMON HENDERSON
Building better banks and berms for intense tricks on the track is taking place at Forrester Park.
The Dunedin BMX Club has been upgrading the surface of its tracks to ensure bigger thrills.
Committee member Angela Stewart, of Dunedin, said the changes allowed experienced riders to have a more challenging surface.
For skilled riders the track was ‘‘pretty slick’’ which meant it did not have enough variation.
When local riders visited tracks further north they were ‘‘quite lippy’’ with higher variations in the track, Mrs Stewart said.
Upgrading the local track ensured it did not become ‘‘boring’’ for older riders.
However, there were still parts of the track that were suitable for beginners, Mrs Stewart said.
‘‘We still want the younger ones here as well.’’
The new parts of the track included more jumps, enabling ‘‘table tops’’ which was when the rider jumps and brings the bike up horizontally to the side to make it look flat, and ‘‘step ups’’, an obstacle when the landing area is set higher than the take off area.
People using their remote controlled model cars on the track have also damaged it.
The small model cars end up marking the track and cutting into the surface which then caused significant damage when it rained.
Large signs had been erected to warn people to not use the cars on the track.
A working bee is set to be held at the track at 11am on Saturday.
The upgrades had been conducted using club funds but the club was hoping to seek further fundraising to continue to upgrade the site.
‘‘We are looking for grants, we are also looking for the council to come on board with some toilets and power.’’
The club would be hosting the BMX New Zealand South Island Titles in 2023 so they were hoping to continue upgrading work to ensure a good ride for locals and visitors, Mrs Stewart said.