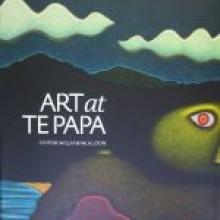 To what purpose, in art collection terms, does the Museum of New Zealand exist?

By statute it must provide a forum for the nation's culture, and the basis for its "art" forum are the collections it inherited from the National Art Gallery and the National Museum, which were established in the 1930s.

In totality, some would argue its collection ranks behind Auckland's and Dunedin's in quality, and would also assert Dunedin's historic collection is finer than Te Papa's.

You can see why in Art at Te Papa - although very recently with some of its contemporary art purchases, Te Papa (flush with its acquisition fund millions) has been catching up.

Te Papa has some minor old master paintings and sculptures, and dull many of them are (Dunedin has many more better and more notable works), and the works in its collection reflect the considerable inconsistency of inherited collection principles over the years, many of them insular, if not provincial.

Dunedin (and to a lesser extent, Auckland) has, by contrast, a collection unmatched probably in New Zealand and Australia, if you want to visually trace the origins and growth of European landscape painting and British portrait painting.

Te Papa additionally has a range of not very notable 20th-century international works, but has been busy indeed catching up with local trends, again with funds simply not available to our two most important art museums in Auckland and Dunedin.

So is Te Papa an art museum or an art gallery? Art At Te Papa is part of a planned attempt, I suppose, to establish in the public, if not the critical, mind a dominance as the art museum in the country.

Yet who can forget the trivialising of its collection in the early years of Te Papa, relegated to a distant "art exhibition zone", or intermingled in the infamous "Parade" multi-disciplinary show.

Much has improved, however, since 1998, including more exhibition space.

Art At Te Papa reproduces chronologically and with some quality 400 works from a collection described as "a treasure of the past" by general editor William McAloon, beginning with a Mantegna engraving and ending with Michael Stevenson's Venice biennale entry, This is the Trekka.

In between, a broad range is illustrated, including engravings, photographs, and paintings (the great emphasis is on paintings), while sculpture and modern original prints barely register.

Chapters alternate between "New Zealand Art" and "International Art", though there is some mixing, and each work is supplied with a short, informative essay.

It is an excellent publication within some obvious limitations.

There will be very few surprises for readers familiar with the collection, and the selection of images gives a fair representation of its considerable strengths and its considerable weaknesses.

The "politics of cultural identity", I'm glad to say, do not monopolise. 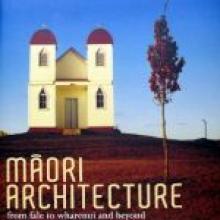 If architecture is indeed the mother of the arts then there will be few quibbles with a book called Maori Architecture, although Deidre Brown's title really only marginally supports her thesis.

The problem is that word "architecture", which has quite specific professional connotations today, not the least of them being disciplines not practised when Maori were building their pre-colonial whares.

But, the root of the word lies in the Greek arkhitekton - builder, so the subtitle "from fale to wharenui and beyond" gives a more explicit and satisfactory indication of the contents.

Architecture in its professional sense makes its appearance at the end of the book, where the author deals with urban Maori architecture from 1950.

But then is it specifically "Maori"? Brown answers the question thus: " . . .Maori architectural practice has not been known as a stylistic movement but rather for its individual practitioners . . .", and here, as anticipated, pop up the names of distinguished practitioners such as John Scott and Rewi Thompson.

Then, too, Brown's focus on customary Maori design in marae hardly constitutes "Maori architecture", however admirable the continuing decorative tradition.

Only very recently, as in the designs of Rau Hoskins and Rewi Thompson, can the claim fairly be made that there is such as thing as "Maori architecture" in the modern meaning of that term, where practitioners incorporate from conception to completion distinctive attributes found in traditional sources.

As a history of Maori domestic and shared dwellings, Maori Architecture has much that is meritorious and absorbing to the inquiring reader, such as the role of carving, the specific Ratana concepts for churches and buildings, and the way in which Maori cultural assimilations are appearing in many of today's buildings.

Of the four significant New Zealand art books under review, Alan Wright and Edward Hanfling's magnificent and scholarly survey of the work of Milan Mrkusich is my preferred first choice.

Part of the reason I admit is my recollection of the metaphorical knock-out punch I experienced when first I came across his large abstracts, in the late 1960s and early 1970s.

Part, too, has something to do with the uncompromising commitment Mrkusich has made to his work over a long and productive life.

He can be counted as one of a very limited number of New Zealand contemporary artists of international stature.

Though not intended to be a biography, or even the fullest survey of the artist's career, Mrkusich (subtitled "the art of transformation"), is as comprehensive as one could hope for, given the reticence of the subject, the grave difficulties of accurately reproducing his paintings in published form, and the limited appeal of his work.

Mrkusich has followed his own path, contentedly ignoring the cliquishness and politics of so much of the art scene over 60 years, perhaps initially because, though New Zealand-born, his Yugoslavian origins set him somewhat apart.

He did not go to art school either, yet by 1945 was sufficiently determined to spend two years (with his parents' support) just painting, inspired, it seems, largely by the Bauhaus designers.

He worked as design partner with the architectural firm he established, with two others, in 1949, and painting only became a full-time occupation in 1958.

He has also remained on the "outside" of the modern art scene because he has always been an abstractionist, not a popular choice in this country, producing works of great beauty and constant interest but which have been unintelligible to viewers looking for explicit subject matter or easy understanding.

Mrkusich has never been a painter of "literal communication", leaving wholly to the spectator the duty to find whatever form, spiritual or real, in his works that they can.

"I was right outside of everything," said the artist of the early stages in his career. "I went my own way."

So he did and has.

I think the authors' conclusion worth repeating: "Mrkusich's paintings are permanent markers of inspiration, potentially an ongoing source of aesthetic satisfaction and transcendence, a negation of the ad hoc jumble of the New Zealand environment.

"They are full of thought, meticulously crafted, meant, felt, impelled into the world to be something refined and good, that endures above and beyond the mediocrity and shoddiness that abounds in New Zealand's urban spaces. They are the antidote."

If memory serves me well, the first substantial "list" or survey intended as a guide for popular consumption of the work of living New Zealand artists was published by the late Peter Cape in the 1970s.

He and Collins produced Prints and Printmakers in New Zealand in 1974, and followed this with New Zealand Painting Since 1960: A Study in Themes and Developments in 1979.

For all their faults, inaccuracies and deficiencies these and others of his books in the genre attempted to show what had been happening in New Zealand art since 1960, and to give novice collectors some idea of where to look and what to look for in the contemporary scene.

Since those days there have been numerous other surveys, disguised as collector guides of one kind or another.

Some have been scholarly, some merely lists.

All suffer from the same difficulty: the choices are of necessity subjective.

A further factor which can be misleading for novice collectors in some guides is that the motivation has been investment alone, which is to say artworks really identified as commodities to be exchanged for profit once their value has been inflated, not necessarily by any intrinsic worth but too often by hyperbole on the part of dealers and others, and an art market built on false assumptions.

Taking an interest in original art in the hope that there'll be a profit in it is a risky business, and of little ultimate benefit to 99% of the artists.

Warwick Brown's Seen This Century seems intended mainly for new and experienced collectors hoping to be both financially and aesthetically rewarded, although if new collectors are confused by the vast range of choices available now they will be equally confused by his list of 100 current practitioners and their works.

It's not Brown's first list, by any means, and perhaps the really serious collector should examine his earlier ones as far back as the 1980s and see who's still around, who's up, who's down.

That should provide a longer term understanding of the distorting effects "market forces" have had on contemporary art.

His preface-essay is a reasonable, if brief, assessment of changes in the scene since the 1990s, and his observations about the influence art-school training has had (to which I would add curatorial power, state subsidies, fellowships and prizes) on what a largely innocent and frequently ignorant general public understands is "modern" New Zealand art, are accurate and to the point.

A striking feature of his 100 choices is their diversity. The futility of categorising art as "landscape", "portrait" or "abstract" is well proven.

Another is the overwhelming influence of international trends and fashions.

A third is the elevation of the banal (perhaps this truly reflects the age in which the artists live) and one wonders why passion has become so subject to the cerebral.

Given this book's small, gallery-visiting format, Seen This Century may be counted as a good effort.

The colour reproductions are sufficient to arouse interest to explore further though, as usual, visualising the true scale of the works is a problem.

There are helpful potted descriptions of artists and ideas, and Brown has spread his viewfinder across the nation - at least nine of his practitioners are currently resident in this region.

There's enough material here to stimulate plenty of challenge and debate, and Brown has sufficient experience and knowledge of local art to justify a degree of confidence in his choices.