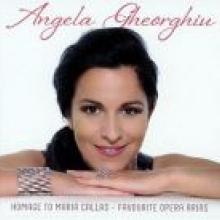 Homage to Maria Callas. Angela Gheorghiu (soprano). Royal Philharmonic Orchestra. EMI CD.
Thrilling singing in Gheorghiu's first studio recording for six years, when she has been in several complete operas including an award-winning Madame Butterfly. Accompanied by the RPO under Marco Armillato, she pays "homage" to Callas, who shared the same record company 50 years earlier.

Opera buffs might be uneasy with the 11 arias chosen as "shared favourites" of the divas. Angela is a lyric singer, with darker shadings, without such glorious top notes as Callas.

Two selections from La Traviata impress, where both women have been famous Violettas. In verismo arias not strongly associated with Callas Gheorghiu best shows similar class; but tackling Carmen and Medea is less convincing. Why is an unreadable booklet essay printed white on a pinkish background? 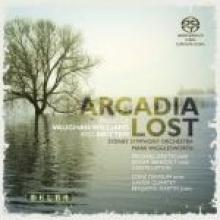 These are all beautifully recorded. Britten's explosive antiwar music is particularly exciting. Vaughan Williams is well served with the velvety violin tones of Dauth and well-balanced viola, chorus and orchestra in Flos Campi (based on The Song of Solomon.) On Wenlock Edge fills ears and disc nicely.