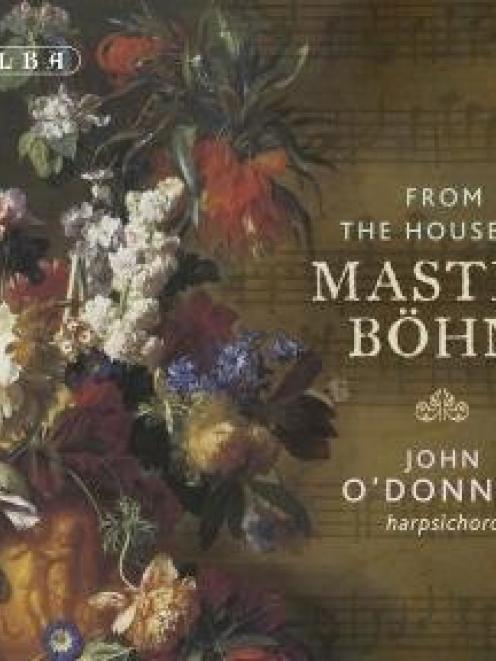 George Bohm (1661-1733), was a German composer who was organist at Luneburg's Johanniskirche for 35 years, regarded as a minor figure with a small output of music until a few years ago.

His organ works mainly have been recorded. Now recent research has spotlighted him: J. S. Bach at age 15 was living in Bohm's house in the year 1700, apprenticed to the keyboard virtuoso to gain his musical education (part of it being copying out his master's compositions.)

Signs of Hohm's influence on Bach can be found in this fine recital of harpsichord sound, by John O'Donnell, an Australian early music specialist and first person to perform Bach's complete keyboard works.

He plays a brightly toned 1995 Australian instrument, copy of a Flemish instrument from the mid-1700s. The recital opens with an exciting Praeludium in G Minor, a spirited and original five-part work given an excellent performance

The 80-minute programme also has Bohm's four Suites in four movements for harpsichord, a brief but popular Menuet in G major and two Partitas. The partita format pioneered by Bohm is a number of variations on a chorale (based on hymn) theme, later keenly developed by Bach.

The quality of all these works demonstrate that the young Bach had a superb mentor, whose own works were preserved by the copies made by Bach then distributed among Bohm's family.

There is a French tinge to harpsichord music of the time, but Bohm also wrote fine melodies, following the German interest in the fugue contrapuntal form. The disc is well packaged with interesting liner notes.