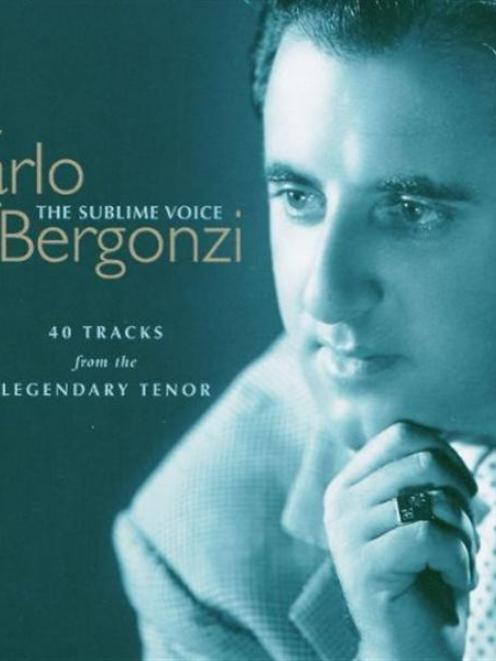 He was one of the finest interpreters of Donizetti, Verdi and Puccini tenor roles in an essentially lyric voice.

All three composers' music as well as arias by Mascagni, Ponchielli, Leoncavallo and Cilea are generously contained in this double album.

In such roles he showed he could always mould an immaculate line projected on long breath control, with exemplary clarity of diction.

He seemed to always understand the particular style needed to interpret the role he played, while shaping a phrase with an effortless voice of great beauty.

So Bergonzi is ranked among the greatest singers of the 20th century and a model to which other celebrated tenors aspire.

These digitally remastered recordings, 40 tracks in all, are drawn from the 1950s and 1960s and showcase his roles in some of the greatest scenes from the greatest operas.

They show that his reputation was well-deserved.

The voice is even from top to bottom, and there is never the slightest indication of forcing or strain.

He is the master of Verdi, producing meltingly lyric interpretations that make the music sound (deceptively) so easy to sing.

His voice seems gorgeously suited to each role and is always even in both timbre and stylistic interpretation.

It would be wrong to pick a ''best track'' among stunning jewels.

Highlight: This voice is truly sublime.