New Zealand composer Psathas states that this disc is a "revelation"; Mason-Battley on saxophone and EWI (electronic wind instrument), David Jones  on piano, Sam Giles (bass) and Stephen Thomas (drums and loops) used his music as inspiration for improvisation and recomposition in a jazz idiom.

Psathas says in the booklet: "I don’t know what the language is that the guys are doing but they are somehow creating new works. This isn’t arranging or adapting — I feel it is better described as continuing the composing process."

Eleven tracks run from an opening Fragment to a finale Inferno, Drum Dances Pt.4, and Calenture Suite in between. Psathas fans can enjoy comparing these sensitive and interesting excursions with the originals. 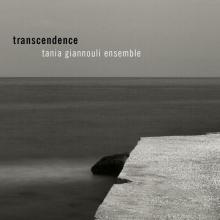 Greek pianist and composer Giannouli has made an earlier jazz album Forest Stories, but here she moves successfully towards contemporary composition territory.  She now leads an ensemble: cellist Alexandros Botinis, Guido De Flaviis  (saxophone),  Solis Barki (percussion and idiophone) and Giannis Notaras (guest drummer).  The sound is fuller , the piano still important, the sax strident or smooth as required, the cello giving a darker classical component and plenty of percussive rhythm when required. The album title is a word that means "going beyond ordinary limits, exceeding" and the album’s nine tracks reflect on themes of "time, life and creation" with rich textures, lyricism and, at times, much energy and passionate invention. Best of nine tracks: The Sea, The Weeping Willow, Obsession and Mad Dog.