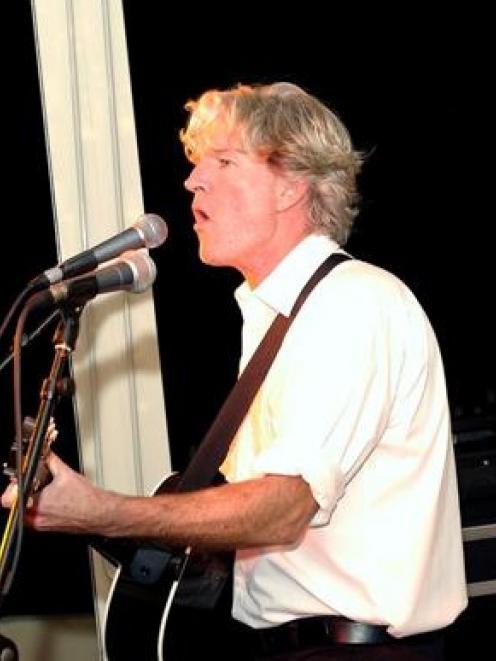 Tim Finn.
New Zealand music icon Tim Finn has signed a new deal with ABC Music Australia, which will release his ninth solo studio album The View Is Worth The Climb here on August 29. The album will be distributed by Universal Music Australia and New Zealand.

Tim Finn's history is long. Since his beginnings in Split Enz he has been responsible for songs such as Six Months In A Leaky Boat, Poor Boy, Dirty Creature, I See Red and Persuasion.


• It's a Mission
The date for the 20th Anniversary Mission Estate Winery Concert has been confirmed as Saturday, February 25, 2012.

From the beginning in 1993, with Dame Kiri Te Kanawa, the Mission Concert has established itself as a premier event.

This eclectic line-up, who share 11 Grammy Awards between them, have been recording together in studios around the world, with the majority of the tracks on the project laid down over three weeks in Los Angeles earlier this year.

The album will be unveiled in September and tracks include the first single Miracle Worker, plus One Day One Night, Energy, Unbelievable, SuperHeavy, I Cant Take It No More, You're Never Gonna Change and I Don't Mind.

Stewart refers to SuperHeavy as "a mad alchemist-type experiment". Fusing the talents of one of the greatest frontmen of all time, a two-time Academy award-winning Indian composer, a soul vocal prodigy, a three-time Grammy-winning reggae star, and one of the most soughtafter producers, you would expect the explosive results to defy categorisation.

SuperHeavy came together after Jagger and Stewart considered what a band comprising of musicians from different genres would sound like. Jagger explains, "Dave really wanted to make a record with a different group of musicians, in other words, with different backgrounds of music."

The original voice of Red Red Wine, Kingston Town and Can't Help Falling In Love, will return to New Zealand with his new band.

Campbell is the first of a series of international and local artists to be announced for New Zealand's biggest reggae event.

Fans can register at www.raggamuffin.co.nz for a special cheap ticket deal that goes on sale on Wednesday, August 10 for a limited time.