Millie Lovelock's Repulsive Woman. Photo: Supplied
There's been a bunch of great underground releases to come out of Dunedin in the past month or two. Fraser Thompson rounds up some of the best. 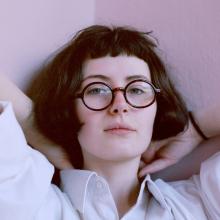 Repulsive Woman (Millie Lovelock of Astro Children) is, in my opinion, one of Dunedin's best bands of the past five years or so.

The songs on Relief are stripped back to their bare essentials, centring on her sincere lyrical and songwriting skills, and strengthened by inventive musical arrangements and production. On Soft Borders, for example, violent violin squawks (Olive Butler) add to the tension: "even stillness is vulnerability."

Adelaide Dunn did an excellent job of engineering and producing it, it's refreshing to hear production being used sporadically as a musical tool rather than the basis of the song or being forgotten about entirely. 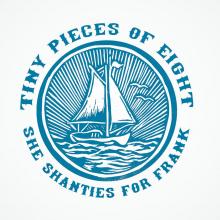 She Shanties for Frank.
Tiny Pieces of Eight.
deirdrenewall.bandcamp.com

Long overdue, She Shanties for Frank is the second album by local psychedelic blues rock gang, Tiny Pieces of Eight (their first was way back in 2013).

Loaded with salty sea shanties, swampy foot stompers, abstract soundscapes, and just damn cool songs, it's the perfect thing for those dark stormy nights where the rain's lashing at your window and it feels like the world might be ending.

Hymn to Poet Is is a stand out for me: it's messy and dirty and heaves to and fro like there's no tomorrow ... and maybe there isn't. 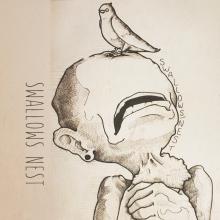 I feel like screamo should be a guilty pleasure of mine but it's not because I'm not guilty at all. Swallows Nest is a local screamo/emo/post-hardcore band comprising of members of Machina Rex, Yung Natz and Sewage who, coincidentally, just arrived back in Dunedin from a European tour.

Recorded in 2017 but only just released, Swallows Nest captures the band when it was in its infancy, which is often the best time to capture a band's true rawness.

It's emotionally violent, melodic and catchy and, if you're in the right mood, it's just the medicine your body craves. 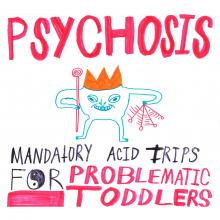 Psychosis is one of the many musical outputs of Jeremy Potts, most recently the guitarist in Coyote and one of Dunedin's most consistently interesting creative voices. mandatory acid trips for problematic toddlers contains reams of raucous energy, just the right level of genuinely groovy grubbiness and, overall, plenty of good vibes. Watch out for Hedgehog on the Beach though, it's a real earworm ... it'll burrow itself in there and be stuck for days.