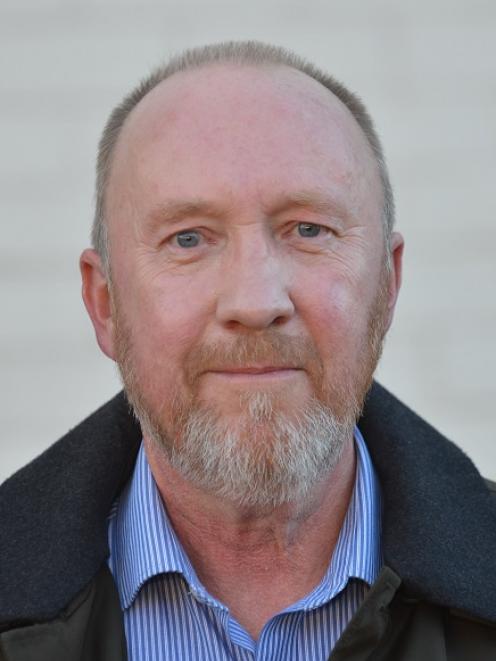 Mr Broad, of Dunedin, says property developers are reluctant to invest in Dunedin because of the large amount of leasehold land.

The Otago Regional Council - the 100% owner of Port Otago, which operates the subsidiary Chalmers Properties - owns a ''startling'' amount of leasehold land in Dunedin.

It needed to be made freehold to encourage development, he says.

The land was a major revenue gathering force but was a ''clog on Dunedin's development''.

''It's a careless parasite that kills its host.''

the amount of leasehold land in the city meant freehold farmland on the Taieri and land north of Milton was being converted into industrial land instead.

Grant Paterson, of Dunedin - the former half-owner of a dairy processing plant built in 2011 - said it could have been built in Dunedin, but it was easier to build in South Otago.

A reason against building in Dunedin was the lack of available freehold industrial land in the city, he said.

Building on leasehold land was undesirable and a search for suitable freehold land in Dunedin was unsuccessful, he said.

''There's no land available - it's all leasehold. We looked around, couldn't find anything and it was far better doing it in South Otago.''

With the plant going elsewhere, Dunedin missed out on 70 ''high-paying'' jobs and plenty of ''downstream'' work, such as trucking.

Mr Paterson said he ''didn't bother'' approaching Chalmers Properties about making some of its leasehold land portfolio freehold to build the plant.

''They are not going to do that - they've got a big property portfolio.''

The plant - recently bought by French dairy company Danone - was expected to finish about 18,000 tonnes of dairy nutritional products this year, he said.

''Leasehold is definitely less desirable, no matter who owns it.''

Equity in buildings on leasehold land had been lost when land values increased, Mr Christie said.

However, ''pockets'' of industrial land were available in Dunedin, including Kaikorai Valley Rd and Carisbrook. Chalmers Properties had indicated to the board it would freehold land to a suitable development, he said.

''There are options there, but I do know there is a certain undercurrent of people who are pretty disgruntled about leasehold land in this city.''

''The council had systematically divested itself of all of our leasehold land that was on commercial premises.''

The council owned an area of leasehold land which had a building tenanted by a non-commercial community organisation, she said.

The Otago Foundation Trust Board is also a major owner of leasehold land - mostly commercial - in Dunedin.

The trust administers funds for the Synod of Otago and Southland - the regional court of the Presbyterian Church of Aotearoa New Zealand.

The trust declined to go into detail about how much land it owned but believed it was not the biggest owner of leasehold land in Dunedin.