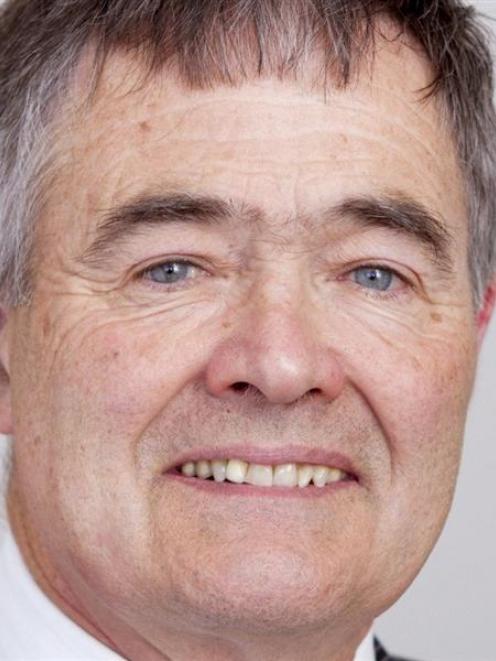 Dave Cull.
Chinese investors with plans for a $60 million international school have chosen Dunedin as their preferred location, and hope to open a facility within three years.

The project, if it proceeded, could attract hundreds of pupils to the city each year, as well as creating hundreds of jobs and pumping ''tens of millions'' of dollars into the city's economy each year.

It is understood the facility would cater for wealthy overseas families - in China and elsewhere - wanting to send their children abroad to receive an international education.

The school would offer a mix of education and accommodation facilities, allowing pupils at a secondary school level to live in the facility while studying an international syllabus.

Those wanting to continue their tertiary studies in Dunedin could stay on at the school while studying at the University of Otago or Otago Polytechnic, it was understood.

The details were confirmed after representatives from the Chinese backers travelled to Dunedin for meetings yesterday with the Otago Chamber of Commerce, Dunedin City Council and other parties, including Dunedin-based Immigration Minister Michael Woodhouse.

The developers still required a site and resource consent - which could trigger public consultation - before the development could proceed. Dunedin Mayor Dave Cull welcomed the news yesterday, saying the development would be ''fantastic'' for the city.

''It's building on our considerable strengths as an educational centre. It would be a perfect fit and we've got a tremendous amount to offer.''

The progress came after Otago Chamber of Commerce chief executive John Christie first confirmed in November an international investor was eyeing the city for a potential major project.

The chamber, council and other parties had since prepared a proposal that had Dunedin selected as the developers' preferred location, Mr Christie said yesterday.

The developers were not ready to be identified, but were likely to go public later this year, and had agreed to allow more details of their plans to be made known in the meantime, he said.

They were experienced providers, involved in similar operations within China and abroad, Mr Christie said.

They had already raised a significant portion of the $60 million cost of building the school in Dunedin, tapping into international investors, and were confident of securing the remainder soon, Mr Christie said.

Funding could also come from investors within New Zealand, some of whom also met in Dunedin yesterday to discuss the project, Mr Christie said.

The search for a suitable location within the city had also begun.

A list of potential sites was presented during yesterday's meeting, as was work by council staff on regulatory and planning issues, Mr Christie said.

The potential investment opportunity had been identified as part of Project Shanghai - a component of the city's new economic development strategy - and pursued by Mr Christie during a recent trip to China.

Mr Christie praised the collaborative approach undertaken since then by parties across the city, including the council, saying the ''united city front'' had helped secure Dunedin's preferred status.

The aim was to attract a development that would complement the city's existing strength in the education sector, and help it grow, rather than competing with what was already in place, he said.

• Mix of education and accommodation facilities suggested as part of package.

• Links to University of Otago and Otago Polytechnic for later tertiary study.

• Potential for hundreds of students, hundreds of jobs, ''tens of millions'' into economy each year, Otago Chamber of Commerce says.

Where to from here?

• Potential sites around Dunedin (public and private-owned) tabled yesterday; to be investigated.

• Full disclosure, including identification of developers, and consent application to follow.

• Public consultation depending on site location, planning and other issues.