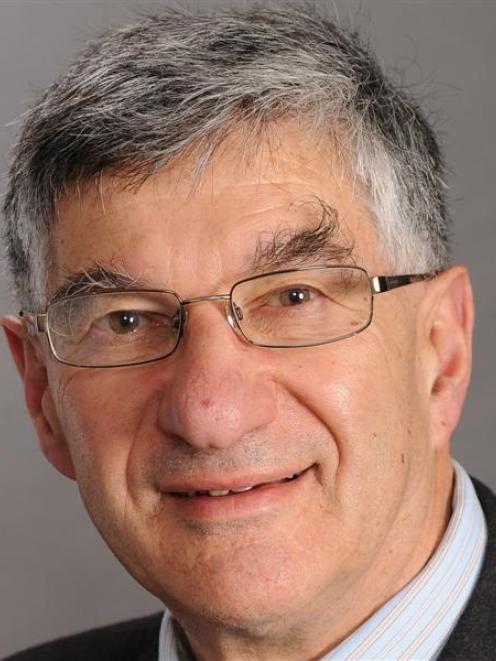 Jim Mann
People should get off the ''high-fat bandwagon'' and dismiss a recent article that promotes a diet of saturated fats, University of Otago human nutrition professor Jim Mann says.

The article, Saturated fat is not the major issue - let's bust the myth of its role in heart disease, by Croydon University Hospital interventional cardiology specialist registrar Aseem Malhotra, of London, said scientists universally accepted that trans fats increased the risk of cardiovascular disease but saturated fats did not.

The article said: ''The mantra that saturated fat must be removed to reduce the risk of cardiovascular disease has dominated dietary advice and guidelines for almost four decades. Yet, scientific evidence shows that this advice has, paradoxically, increased our cardiovascular risks.''

Prof Mann said the article could undermine the public confidence in leading a healthy lifestyle.

''It was written by a fairly inexperienced person, and given a huge amount of promotion, and largely based on his failing to understand the existing literature. This guy has written an article which over-turns conventional wisdom, and public health advice, and he had misquoted literature he doesn't understand.''

Many people in New Zealand were changing their diets and were on the ''high-fat bandwagon'', despite a lack of evidence that a high-fat, low-carbohydrate diet would make them lose weight.

Although heart disease had many causes, in Western countries coronary heart disease risk was directly related to cholesterol levels, he said.

''In parts of Sweden, the trend towards reducing cholesterol levels has been reversed in association with the promotion and adoption of high-fat diets.''

Diets high in saturated and total fat, and very low in carbohydrate, had no peer-reviewed evidence of the long-term benefit, or absence of harm, Prof Mann said.