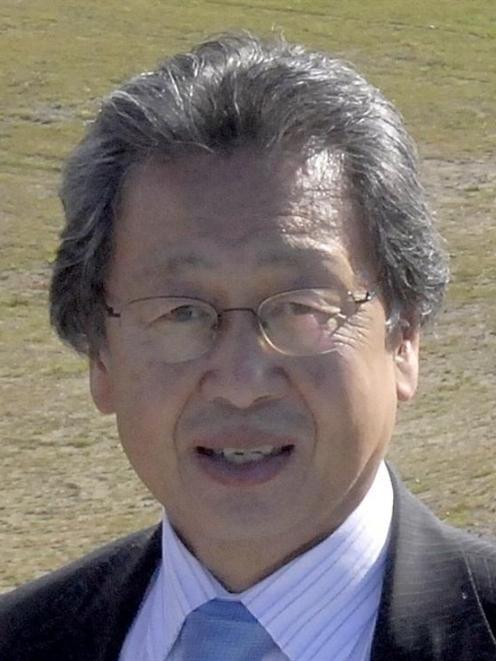 Mayor Peter Chin
The Dunedin City Council has relented and released a copy of its "secret" letter sent to the Government regarding the Otago Stadium.

The letter, provided to the Otago Daily Times yesterday, confirms an offer of a share of equity in the council's $70 million social housing portfolio in return for Government funds towards the $198 million stadium project.

The offer was one of six "initial suggestions" contained in the four-page letter outlining ways the Government could consider contributing to help the project.

Other options included funding the city's State Highway 88 realignment, needed as part of the stadium project; a suspensory or interest-free loan; underwriting the stadium's private financing; a grant, or cost-sharing for approved infrastructure projects like the $62 million Tahuna wastewater treatment upgrade.

The contents of a second letter sent to Mr English, signed by seven southern mayors in "full support" of Dunedin's push for Government stadium funding, was also revealed yesterday.

The project would have regional benefits, including providing employment opportunities for the building industry, and create an "iconic asset" for the region and future generations, the letter said.

Both the DCC and ORC initially declined requests to release the Chin-Cairns letter despite requests made under the Local Government Official Information and Meetings Act 1987.

A brief extract and statement was released instead.

Mr Chin argued the letter was private and not "discoverable" under the Act, while Mr Harland believed the "greater public interest lies in the information being withheld".

The decision was reversed yesterday, but only after this week's two hotly-contested stadium debates - which, conditionally, went in favour of the project - and as the Office of the Ombudsmen scrutinised their initial refusal to release the letter.

The release also came after Mr Chin announced during Monday's city council stadium debate the Government would consider contributing to the stadium.

Yesterday, Mr Chin said he had decided to release the letter after seeking approval from Mr English's office.

He defended his initial decision not to release the letter, saying: "There was no way I was going to release it because it was private and confidential.

"I have released it now because the person to whom it was addressed has consented.

He denied the Ombudsmen's investigation or the timing, after this week's successful stadium votes, hurried the release.

However, Cr Michael Guest told the ODT he believed the Government had initially asked for the letter to be withheld to avoid the issue becoming "politicised".

"It's the Government saying: 'After all these years [of the stadium project], don't put us in the position of saying if we don't give you money we have spoiled the party'," Cr Guest said.

A spokesman for Mr English's office said that was "definitely not the case", but Mr Harland said the letter was always to be released "when the Government was comfortable for it to be released".

It was not considered appropriate to have a public debate on the merits or otherwise of the letter's contents prior to the Cabinet considering it and making a decision, he believed.

The decision to release was made after "dialogue" with Mr English's staff and the Ombudsmen, he said.

The council remained "in dialogue" with staff in Mr English's office about the stadium, but there had been no further formal response, he said.

Of the six options outlined in the letter, none was favoured at this stage and the offer of equity in the council's social housing was not yet the subject of a detailed proposal, he said.

"It's an idea that needs exploring," he said.