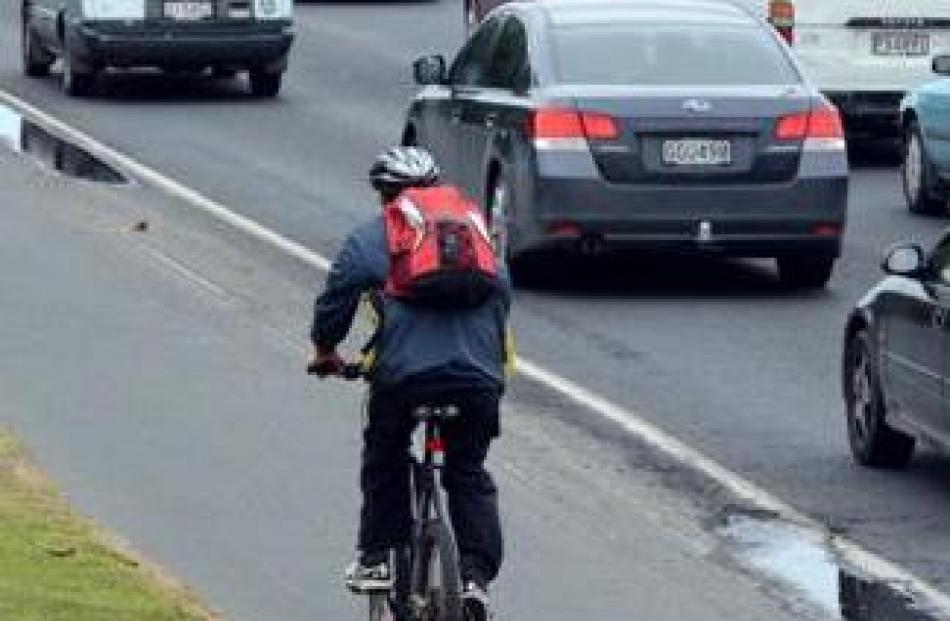 Parts of South Dunedin's cycle network will be ripped out and replaced, costing hundreds of thousands of dollars, because of council mistakes.

Recently-installed traffic islands will be redesigned, two one-way intersections will be returned to two-way traffic, and road surfaces will be resealed to remove ''ghost markings''.

Construction work on the network was put on hold for five weeks from late May, Dunedin City Council infrastructure and networks general manager Ruth Stokes said this week.

The decision to pause and re-evaluate was made by Mrs Stokes, following significant negative feedback on parts of the network.

''And it made sense to stop sooner rather than later. You're always going to get reaction to change, but some of that reaction was quite strong.''

Mrs Stokes said council staff had made mistakes, and the previous model of managing and contracting the required work had proven to be a problem.

A lack of managerial oversight had left lower-level DCC staff members making decisions they should not have had to make, she said.

Some of those decisions had led to mistakes in the network, including:People who had visited sites on the network still worked from out-of-date aerial photographs.

Signed-off final designs were not the designs sent to contractors.

At the same time, the contracting system had separate contracts for several different aspects of the required work, from signage, to construction, to design and safety audits.

The end result was mistakes that the public had rightly voiced concerns about, Mrs Stokes said.

Those mistakes would be rectified and the costs covered by council's existing $6.07million South Dunedin Cycle Network budget.

That meant the remaining money available to complete the network would now be less than had been planned.

Known costs of the repairs and redesigns were calculated this week to total $320,000, but that figure would rise as all the required changes were finalised and fully costed out, Mrs Stokes said.

Future work would be managed, planned and contracted differently, following a review of the network being headed by the DCC's executive leadership team.

All that team were relatively new to the organisation and were working to change and improve the way the council worked.

Dunedin Mayor Dave Cull said he was disappointed that rolling out of the network had not gone as planned.

''I'm obviously disappointed that mistakes have been made,'' he said.

''But I'm pleased that very assertive measures have been put in place to correct them.''

The new Christmas 2015 deadline was one he expected staff to be able to meet, considering the approach they had taken to calling themselves out on the delays to date, he said.

''I think they'll get done what they say they will.

''I note that they've still got some analysis to do, but if Ruth says this is what they're going to do, I've got faith that that's what they'll do.''

Sites to be reworked