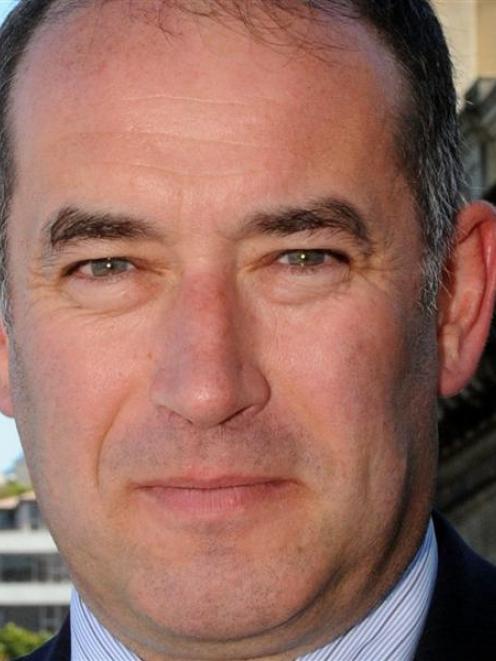 Grant McKenzie.
The Dunedin City Council has sold almost a million dollars of oil and gambling shares before a final decision on its ethical investment policy next month.

Council group chief financial officer Grant McKenzie said $558,225 worth of shares in petroleum companies as well as $412,995 in SkyCity shares had been sold from the Waipori Fund's portfolio of investments during the final quarter of last year.

It replaced those with shares in a range of companies, including in bank HSBC, which is embroiled in a scandal over allegations its Swiss business helped wealthy clients dodge taxes.

Mr McKenzie said the sale of the shares had nothing to do with the council's vote last year not to invest in the munitions, tobacco, fossil fuel extraction, gambling or pornography industries.

This was because the final ethical investment policy developed by staff was yet to be voted on by council.

''The reason why we are divesting is the fund manager thinks the outlook for those shares is not as good as it could be,'' he said.

But the sale of shares did mean the council would not have to get rid of as many investments should it adopt the final policy, which was likely to go to a vote next month.

After the sale of the shares, the remaining value of the council's investments in petroleum companies still totalled $1,383,015.

A report presented at this week's council meeting showed as of the end of last year, the total value of the Waipori Fund was $79.7 million - a 2.2% return for the quarter.

Cr Jinty MacTavish was delighted to see it had already dumped some of its shares in fossil fuels.

''The sooner that we divest from companies that I consider ethically dubious the better.''

The fact the fund manager made the decision for commercial reasons suggested concerns about the cost of divestment might have been overblown.

She hoped the council would adopt the final ethical investment policy next month.

''It would be a change of direction if we weren't to sign off on it.''

She hoped the council would eventually consult the community on extending its ethical investment policy.