Deal could be close on Princes St buildings 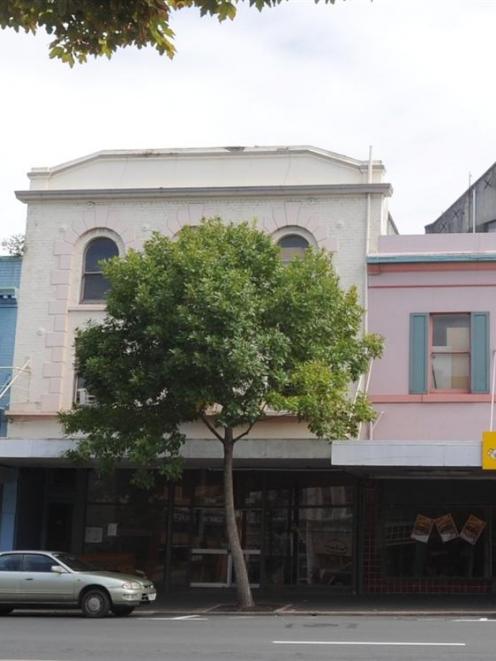 Some of the Princes St buildings at the centre of a long-running demolition debate. Photo by Peter McIntosh.
A compromise could be close as heritage building advocates and a developer continue to haggle over the fate of a block of Princes St buildings in a protected Dunedin townscape.

Details of the possible deal came as talks continued between Prista Apartments and heritage building advocates over the fate of the buildings at 372-392 Princes St and 11 Stafford St.

The buildings have been the subject of debate since Prista Apartments, headed by Christchurch developer Luke Dirkzwager, was granted permission to demolish them in 2010.

He planned to replace them with a development featuring 15 apartments, retail space and new facades that referenced the originals.

The plans stalled when the New Zealand Historic Places Trust appealed, and the buildings have remained while parties on both sides talked as they waited for an Environment Court hearing.

The hearing date has proved elusive, with delays in part caused by the Christchurch earthquakes, while mediation talks were said to have failed last year.

However, the Otago Daily Times was told yesterday the parties were close to striking a deal in March that would have protected the facades, while allowing much of the buildings behind to be demolished.

The discussions were without prejudice and the deal had not been concluded, but was understood to remain on the table.

An Environment Court hearing scheduled to be held in Dunedin last week had been postponed until later in the year because parties on both sides were not available.

However, Mr Dirkzwager said when contacted the delay allowed more time for discussions, and mediation talks had begun again.

He said parties were now ''in the middle of negotiations'' and he hoped a compromise could yet be reached.

''We're trying to find common grounds for both of us to be happy with it,'' he said.

He did not elaborate on details of any deal but said he hoped one could be confirmed later this year.

NZHPT Otago-Southland area manager Owen Graham said when contacted all sides had now prepared evidence to be considered by the court, but talks were also continuing in the meantime.

''The NZHPT hopes that the heritage value of the four facades which have district plan protection will be retained as part of the development.

''There have been a number of meetings with the developer to discuss options to resolve the appeal, and these discussions continue.''

Dunedin City Council staff were not involved in discussions between the other parties at this stage, but Dunedin heritage building advocate Peter Entwisle was.

He joined proceedings as a party to the appeal, and said yesterday demolition of the buildings but retaining the facades would be ''far from ideal from a heritage point of view''.

However, only the facades and 19th-century brick bread ovens were protected by the district plan and legislation, and it might be all that was possible.

''Everyone would dearly like to try to get some sort of settlement.''

Any deal that avoided a full court hearing would also end five years of debate over the buildings, which were in a protected townscape precinct.

The debate began in 2008. Two years of hearings, petitions, public meetings and heated opposition followed, before the council hearings committee decided to grant consent - prompting the NZHPT's appeal - in September 2010.

In January this year, Mr Dirkzwager said a considerable sum of money had been spent on the project, but he remained committed to it.

He did not return calls seeking further comment yesterday.