Disabilities a concern for specialists 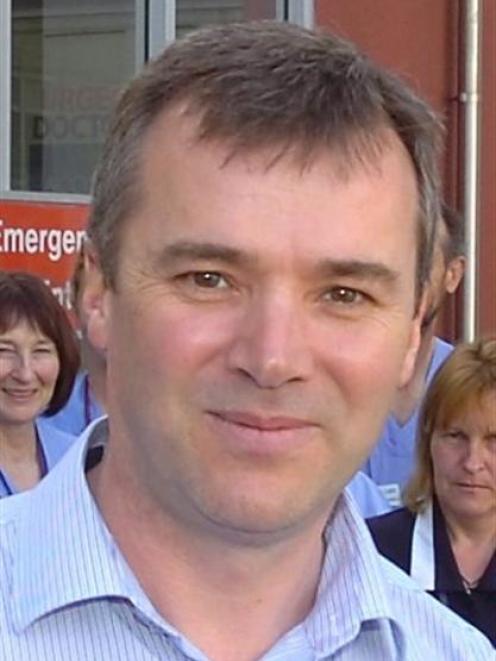 All eight consultants could cite cases where patients would have had "profoundly different" outcomes without ready access to emergency neurosurgery on site.

The numbers of patients involved would not be high, but if a young person became severely disabled and not capable of caring for themselves, the cost of their care for a lifetime certainly would be high indeed, he said.

Often such patients were in their teens, 20s or 30s, having suffered severe trauma injuries, but equally they could be people who had an aneurism in their 30s, 40s and 50s.

The effect on patients was the department's main concern, but Dr Kerruish also pointed out that it took a lot of resources to move patients.

Acute patients needing to go to Christchurch would have to be stabilised, spending longer in the department or in the intensive-care unit and then they would need staff to accompany them on the journey.

Dr Kerruish said he had worked in Hamilton before it had a neurosurgery unit there and even though patients were transferred to Auckland, which was "a brief hop" compared with the southern distances, it was not always possible to fly and much staff time would be taken travelling by road.

Transporting patients was not a "welcome" aspect of the job, or particularly satisfying or rewarding and it meant extra staff were needed to cover rosters.

He agreed any lack of neurosurgery in Dunedin could make the hospital less attractive to some prospective staff.

At the end of last month, the emergency department team wrote to Southern District Health Board chief executive Brian Rousseau supporting his actions to retain the service at the hospital.

"We see this as an integral service for the safety of Otago and Southland communities," Dr Kerruish and charge nurse manager Justin Moore wrote.

If the service was withdrawn, the department's ability to meet the requirements outlined in the Ministry of Health document entitled "Roadside to Bedside" would be compromised.

They raised concerns about prolonged waits and unnecessary delays in both Southland and Dunedin's emergency departments while transportation plans were made.

Neurosurgical services had a long history of improving the health outcomes for "many members of our society, most of whom have gone on to lead full and productive lives."

The three-person Neurosurgical Expert Panel is meeting this week to finalise its consultation schedule. National Health Board spokesman David Graham said yesterday the panel was "keen to engage and is considering its ability to travel within the time-frame".

The programme details were not yet available, including whether Invercargill would be on the itinerary.