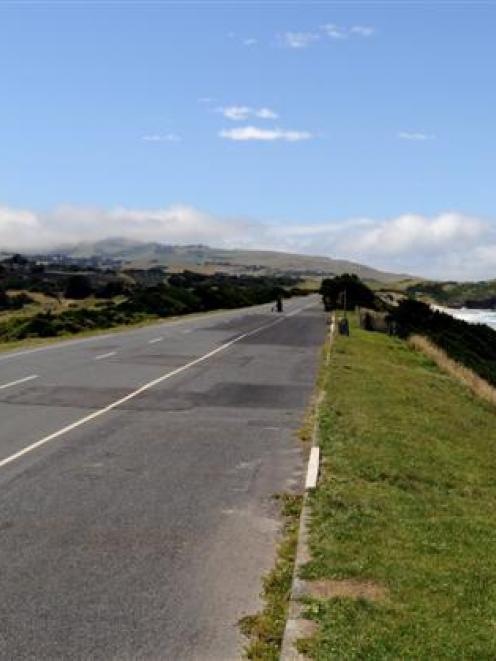 The road will be opened to vehicles between 11am and 3pm weekdays from early next year. It will be resealed and have road marking added before being reopened.

The speed limit will be 50kmh.

Mayor Dave Cull who proposed the idea, said it was a temporary measure until money was raised to install the layout required for the intended permanent solution - of reducing the speed limit to 20kmh and separating pedestrians and cyclists from vehicles.

It was a compromise, he said, that at least could be accepted by pedestrians and motorists and would not cost the council much more than already budgeted for this year.

The compromise solution did reveal some indecision remained for councillors.

After a resolution was passed that the goal was to reduce the vehicle speed limit to 20kmh, another was passed agreeing the limit could remain at 50kmh if the interim arrangement was found to be working satisfactorily after the first few months.

The road has been mostly closed since 2006, when it was shut while the Tahuna outfall pipe was installed.

It remained closed afterwards while councillors decided on the safest way to reopen it.

It was reopened to vehicles during weekday daylight hours in 2009, but closed again two weeks later after a death in the vicinity, and has since become increasingly popular as a walking area.

Mr Cull said about $71,700 was already budgeted for the project and an extra $8300 would have to be found from existing budgets.

The alternative was to spend up to $100,000 to install enough traffic calming and pedestrian protection measures to keep speeds to 20kmh.

''[The interim option] maintains the integrity of the current budget, but still attains the objective the council wants to achieve."

The road would be open to cars by February or March.

Cr Paul Hudson said the speed limit should be 20kmh from the outset, but council senior traffic engineer Ron Minnema responded it was unlikely cars would stick to it without traffic calming measures.

Although councillors could legally set any speed limit they wanted, under land transport rules they were required to put in measures that kept mean traffic speeds within 5kmh of the posted limit.

Of the 14 councillors present, five voted against the interim measure, eight for it, and one, Cr Jinty MacTavish, abstained because she did not think 50kmh was an appropriate speed.

An advocate for reopening the road to vehicles, Joan Mann, yesterday said she felt ''exhausted'' after the decision was made.

Although not altogether confident that it would actually happen, after years of ''dithering'', she was happy with the compromise and would be ''down there lining up on the first day''.

John Wilson Promenaders organiser Gerard Liddell said last night the decision was a ''great disappointment'' that would result in the loss of Dunedin's only promenade.

''It's the only wide, proper walkway that you would recognise in Dunedin.

The 50kmh speed limit along the road also raised potential safety issues and would have to be ''monitored very carefully'', he added.